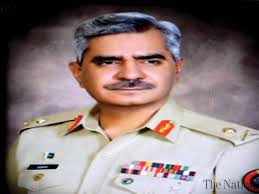 Rawalpindi: Inter-Service Public Relation (ISPR) Director-General Major General Babar Iftikhar has said India is targeting the international image of Pakistan when they try to target the flagship project of the Belt and Road Initiative, the China-Pakistan Economic Corridor (CPEC).

In an interview with Global Village Space, the military spokesperson said terrorists are being used by India to target the project and the manpower associated with CPEC’s construction, however, he said the measures taken by Pakistan to safeguard the project have proven to be effective and India has “not been able to retard the progress of this project”.

In November, foreign minister Shah Mehmood Qureshi and the military spokesperson presented a dossier detailing India’s involvement in terror attacks in Pakistan during the media conference. Multiple video clips and audio clips, along with documents, were presented during the media conference of Indian handlers and terrorists communicating with each other and Indian intelligence handlers passing on instructions to terrorists in Pakistan.

When asked about the increase in ceasefire violations along the Line of Control (LoC), Maj Gen Iftikhar said New Delhi is “always looking for some kind of an excuse to raise the temperature”. He added that false flag operations, where India tries to pin the blame on Pakistan, is a norm.

After the suicide bombing in Indian Illegally Occupied Kashmir’s Pulwama, India immediately blamed Pakistan for the attack in which at least 40 Indian security personnel were killed. Indian media and government officials, without any evidence, blamed Islamabad for the worst attack in the occupied valley in decades. The botched Balakot airstrike by the Indian Air Force happened soon after the attack.

“What is there? What have they found, have they shared anything with the rest of the world? No. This is what I am trying to say, whatever is happening inside in Indian Illegally Occupied Jammu & Kashmir, frankly, they are in a state of denial, and that is causing them the kind of trouble that there is,” said the military spokesperson referring to the recent Nagrota incident in occupied Kashmir.

He said on social media when the origin of fake news and propaganda is looked into, it is found that most of the accounts are Indian in origin. “Only recently they have unearthed a major effort by the Indians in the form of EU Disinformation lab and the way they’ve been trying to prop up different issues across the world. So, unfortunately, it is a major onslaught and a major part of the fifth-generation warfare. In the case of Pakistan, I think that Pakistan is being subjected to this fifth-generation warfare and hybrid applications in a massive way, and we are aware of that.”

“When we talk of fifth-generation warfare, my understanding is that you use all elements of national power, within a particular state to concentrate on maybe two or three major spheres.”

Maj Gen Iftikhar added that in Pakistan’s case, the country’s economy is being targeted and the other area of focus is the information domain.

“In the information domain, pick out one little incident which has anything to do with Pakistan and specifically to do with Pakistan Army and look at how it gets viral. I mean there have been several hashtags in the last six months that were even reported, I mean very trivial news, which were even reported by international news organizations, and they were pushed vehemently by the Indian accounts.”

Elaborating further, DG ISPR said New Delhi has been targeting the country in the “diplomatic domain, in the information domain, of course, the military engagements on the Line of Control (LOC), in the economic domain, financially and in lawfare”.

Indian govt harassing Pandits who stayed in IIOJK in 1990