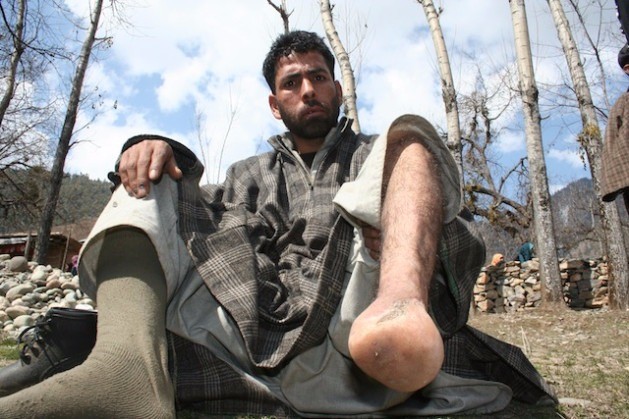 Srinagar: Indian troops have left thousands of Kashmiris disabled for life including 139 losing eyesight in the firing of pellets on peaceful protesters in the territory.

In analytical report released in connection with the International Day of Persons with Disabilities said, among the most brutal tactics used by Indian troops to disable Kashmiris include firing of bullets, pellets, PAVA and teargas shells during anti-India protests as well as resorting to severe beatings, electric shock, crushing the leg muscles with a wooden roller, burning with heated objects and hanging upside down in interrogation centers.

Besides, bobby traps and mine blasts are also being used against the hapless Kashmiris. Cases of disabilities have increased manifold since New Delhi started using deadly pellets as over three thousand Kashmiris are at the verge of losing vision in one or both eyes.

The report urged the international community to take notice of Indian government’s inhuman act of disabling Kashmiris under a systematic torture mechanism in IIOJK.