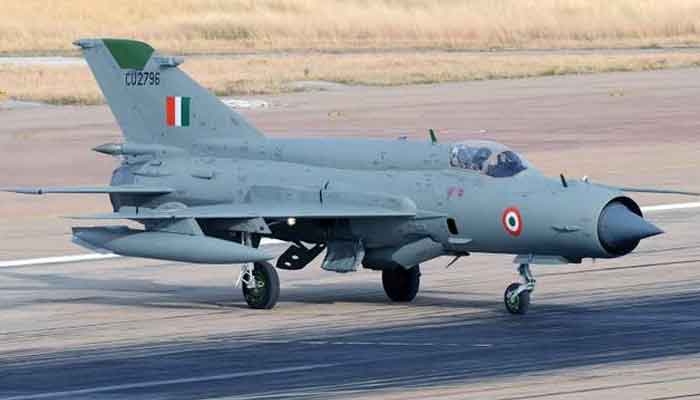 According to a tweet by the IAF, the aircraft crashed during take off while the jet was on a combat training mission.

“A MiG-21 Bison aircraft of IAF was involved in a fatal accident this morning, while taking off for a combat training mission at an airbase in central India,” reads the tweet by the IAF.

In another tweet, it revealed the identity of the captain, adding that a “Court of Inquiry” has been ordered to determine the cause of the accident.

India has long been criticised for its fleet of outdated MiG-21 Bison aircraft. IAF chief BS Dhanoa said two years ago that the IAF was operating 44-year-old MiG-21 Bison fighter jets when people didn’t even drive cars that were this old.

Around the world, the MiG-21 is hardly in use anymore. According to some reports, the MiG-21 currently serves in just 18 air forces worldwide, which include the two members of NATO (Romania and Croatia). Web Desk