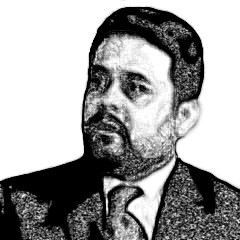 Having concurrent hot borders with three of her neighbors, never before India was exposed so badly as an expansionist and hegemonic state with overt stated objectives of regional dominance. Hindu-supremacist Prime Minister Narendra Modi has several times threatened his neighbors. Modi has categorically said that India’s official policy is to hit her enemies inside their territories. India’s evil designs for her neighbors remain no secret as Modi, in a bid to re-elect, attacked Pakistan’s Balakot region in February 2019. India’s blatant violation of international law by trespassing Pakistan’s sovereignty was overlooked by international community for its economic interest. But Modi had to pay the price of his adventurism as Pakistan settled the score within twenty-four hours by shooting down India’s Mig-21 and capturing pilot Abhinandan.

Pakistan released Indian pilot to deescalate the situation. Neither India’s open aggression was condemned, nor Pakistan was appreciated for its unilateral effort to deescalate since the international community takes positions based on economic interests and not principles.

India has always tried to portray Pakistan as a destabilizing factor in South Asia. It has blamed Pakistan for cross-border terrorism. But India’s skirmishes with China and Nepal and a hot-border with Pakistan show that India is the actually destabilizing factor – the bad-boy of the region responsible for regional conflicts and turmoil. Pakistan remains the sore of India’s eyes only because it confronts its hegemonic and expansionist designs. Not only, Nepal and China but India’s all neighbors are experiencing the impact of a hardliner Hindu supremacist and extremist government of the BJP in India.

India has been able to bully small countries in South Asia. To sideline Pakistan, it has made the platform of South Asian Association for Regional Cooperation (SAARC) impotent. The creation of Multi-Sectoral Technical and Economic Cooperation – a platform of South Asian countries except Pakistan – was meant to isolate Pakistan. By making SAARC impotent and sidelining a major country of the region, India has become a major impediment in regional progress and prosperity.

BJP’s hegemonic and expansionist policy is based on fascist and racist RSS ideology that believes in Akhand Baharat – “Undivided India” encompassing India, Pakistan, Afghanistan, Bangladesh, Eastern Himalayan Kingdoms and Islands on Indian Ocean. Bullying neighbors and systematic marginalizing of minorities is a fundamental part of the RSS ideology.

India is not just involved in several conflicts with her neighbors but has also been consistently increasing her defense budget. With an increase of seven percent, New Delhi allocated around $67 billion for defense in 2020-21. During the last four fiscal years, on average, India has increased its defense budget by seven percent. Amid the standoff with China, India is all set to buy 21 MiG-29 and 12 Sukhoi fighter jets from Russia. The process for the same has already been started.

In the recent past, New Delhi has enhanced its ties with Israel. Cooperation between the two both at strategic and tactical level is no secret. Both Modi and Netanyahu have visited each other and inked deals in defense, agriculture and aviation sectors worth billions of dollars. India used ‘Spice 2000’ missiles- Israeli-made smart bombs against Pakistan in Balakot attack. Indian forces using tactics in occupied Jammu & Kashmir similar to what Israel has been using in occupied Palestine. Be it demographic change, revocation of the special status of Jammu and Kashmir by repealing article 370 and 35-A from Indian constitution or tactics or technology used against indigenous Kashmiri freedom fighters, Israeli foot-print is ubiquitous.

In the recent past, New Delhi has enhanced its ties with Israel

Both Tel Aviv and New Delhi have been embroiled in conflicts with their neighbors and have committed genocide against Muslims. With close Indo-Israeli nexus, peace and stability have very slim chances to prevail in South Asia.

Prime Minister Modi of India faced an embarrassing situation. He bragged about preemptive strikes and hitting the enemy inside their own territory, but his adventurism back-fired. First, he got befitting reply as Pakistan not only shot-down Indian Mig-21 but also captured pilot. Then, 21 soldiers got killed in recent clash with China in Ladakh. Modi and his hawks were literally silent over thrashing from China. The opposition, media and masses demanded Modi to show some courage. In a bid to save his face, what Modi has denied any intrusion from China in Ladakh, thereby, endorsing China. When these lines were being penned, Reuters quoted Modi saying ‘nobody has intruded into our borders, nor has any of our post been taken over by them (China)’. With Modi’s statement, it is quite evident now that India soldiers intruded to Chinese area of Line of Actual Control (LAC) and got thrashing response. Now Modi should learn that ‘ghar mi ghus kay mari gay’ (hitting enemies inside their territories) policy has its repercussions and heavy price to pay.

China has asked India to refrain from any miscalculation and to abide by agreements. China has brought in hundreds of soldiers, heavy construction equipment to Galwan Valley. China recently conducted a military drill in Tibet autonomous region. Dozens of tanks and armed vehicles were seen during the drill in the video aired on the state television. To add insult an injury, the upper house of Nepal’s parliament approved a new map for the country including land controlled by India, in a row that has strained ties between the two countries.

Modi and his hawks should learn a lesson from recent escalation with their neighbors and stop bullying and end policy of threat and intimidation or face embarrassment like the recent one. Daily Times

India’s hegemonic designs leading to growing resentment in Bangladesh against...