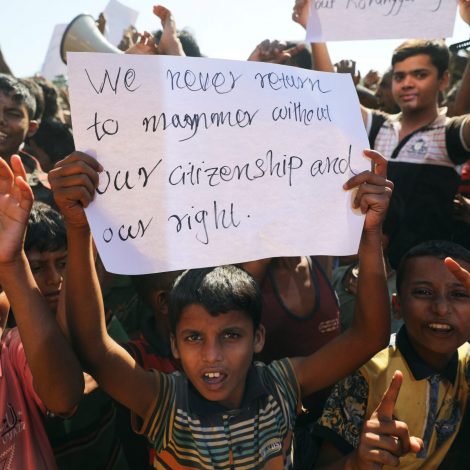 Dr. A. Z. Hilali (IR Expert): Since fascist Narendra Modi came into power in India, Bangladeshi government has been protesting to Indian government to control border violations, smuggling and human trafficking but New Delhi never took serious notice of such concerns. Like every nation state, Bangladesh has made it a priority to safeguard its national interests. There are various factors affecting Indo-Bangladesh bilateral relations ranging from migration issues, insurgent activities, border and trade disputes and the battle over the most fundamental resource water. A few months back, Bangladeshi Prime Minister Sheikh Hasina refused to hold meeting with India’s high commissioner which is a clear sign of strained relations between the two countries.

Dr. Khurram Iqbal (IR Expert): Bangladesh is a Muslim majority country and the Bengali Muslims are well aware of Indian atrocities in Indian Illegally Occupied Jammu and Kashmir. They are also concerned over controversial citizenship bill introduced by Modi regime according to which hundreds of thousands of Bengali Muslims are being repatriated to Bangladesh. Basically, Bangladeshis were having expectations from secular Indian state but the policies of Narendra Modi have turned India into a Hindu state. The world will witness a strong response from Bangladeshi nation on the occasion of Modi’s expected visit to their country. It has been noted that the present Bangladeshi government has re-calibrated its foreign policy in a positive direction. Pak-Bangladesh relations are also improving. Meanwhile, Pakistan is strengthening its bilateral relations with other regional stakeholders, including Nepal and Bhutan, which is a good development.

Dr. Talat Wizarat (IR Expert): In my opinion, dialogue should be a continuous process in order to resolve issues. The government has taken a great initiative to hold first ever security dialogue in the country. Such dialogues are helpful in generation of ideas on certain issues and the government will go for the best options. All major stakeholders will give their inputs and whatever ideas will be generated must be implemented in best interest of the country. The dialogue will bring serving and former officials as well as local and global policy experts under one roof to debate Pakistan’s critical national security issues, and generate ideas shaping global society and the future of human civilization.

Dr. Zafar Nawaz Jaspal (IR Expert): Pakistan has long term relations and strategic interests with China and we have to take that into account while formulating our foreign policy. Pakistan is facing serious security challenges at its eastern and western fronts. Pakistan wants to develop economic relations with all countries of the region on modern lines. However, we have to protect our interests. Holding of National Security Dialogue is a good development in which five think tanks will be tasked to give their inputs for foreign policy making according to their areas of specialty. Radio Pakistan