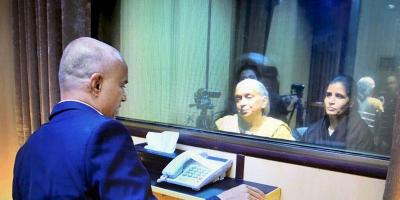 Indian intelligence operative Kulbhushan Yadav has revealed that he had been tasked with running a Mukti Bahini-like movement in Balochistan by the Indian government, a private media outfit reported on Saturday, citing his investigators.

The arrested spy disclosed information about Indian spy agency Research and Analysis Wing’s (RAW) network in Balcohistan and Iranian city of Chahbahar, and told the investigators that he had been given four big targets, including Gwadar airport. He also gave information about the nexus of RAW, NDS and Iranian border security force.

On the pointation of the Indian spy, several collaborators and facilitators have been arrested in Balochistan and Karachi.

The arrested agent used to run a secret terrorist operation against Pakistan with funding of millions of dollars while sitting in a jewellery shop he had opened in Chabahar.

Yadav was also in contact with Afghanistan’s Intelligence agency and had acquired Quranic education as well.

The Indian spy hails from Mumbai and possesses a passport registered under the name of Hussain Mubarak Patel. His passport number is L9630722 that bears an Iranian visa with April 16, 1970 mentioned as his date of birth.

Before joining RAW in 2013, Yadav served Indian naval intelligence with his number being 41558. He was earlier appointed at Iran’s port Chabahar where he used to live with his wife and two children. He reportedly sneaked into Balochistan through Iranian border.

Balochistan, Pakistan’s largest but least developed province, has been battling terrorism for past many years while the army has repeatedly claimed that it is promoted by states hostile to Pakistan such as India.

Last year, Pakistan’s permanent representative at the United Nations (UN), Maleeha Lodhi, had handed over evidence of Indian involvement in sponsoring terrorism in Balochistan and other parts of the country to UN Secretary General Ban Ki-moon. Pakistan Today

Amid tensions between India and Pakistan, 50 students cross Wagah...