Amid tensions between India and Pakistan, 50 students cross Wagah border to foster harmony 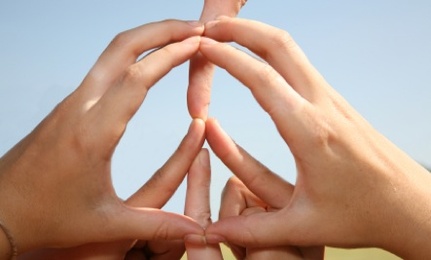 Lahore: 50 school students from across the border entered India for a ‘Student Exchange for Change Programme’ which aims at fostering peace and harmony between the two countries.

The 5-day visit of the children is part of the fourth edition of the ‘Student Exchange for Change Programme’. The yearly event where students and their principals from various schools engage is the culmination of a year-long exchange programme where students from both sides become pen friends by writing letters. They also send postcards and collages to one another.

It is by exchanging letters that they make friends and this visit finally gives them a chance to meet the pen friends that they have made over the year.

The event is organised by Delhi-based NGO Routes2Roots. , the visit, earlier slated for October 2016, was cancelled in the wake of the announcement of surgical strikes by India along the LoC in September. This event is the first of its kind event in the last few months when most of the artists from Indian and Pakistan are not engaging in visits to the other countries due to the growing tension between the two countries.

In the 5-day visit, the visiting students will be taken for a sightseeing trip to Delhi, followed by a visit to the schools on May 2, and to Agra on May 3. They will be hosted at the Pakistani Embassy on May 4.

Speaking about the programme, founder of the NGO Rakesh Gupta said, “all the students are aged between 10 -14. As there were many security concerns back in 2016, we didn’t want to risk anything. We want to bring peace into the world but not at the cost of the security of the children.”

Informing about the visa formalities Gupta further added that his team had applied for the visas a month ago but had no clue if something like the tensions that emerged on Monday would take place yet again.

Expressing his pain on the attack on the two Indian jawans, he said that as an Indian, “the attack on jawans pains me. But these are children, and India will take care of them like their own.’Inuth.com

Indian spy says was tasked with running a Mukti Bahini-like...