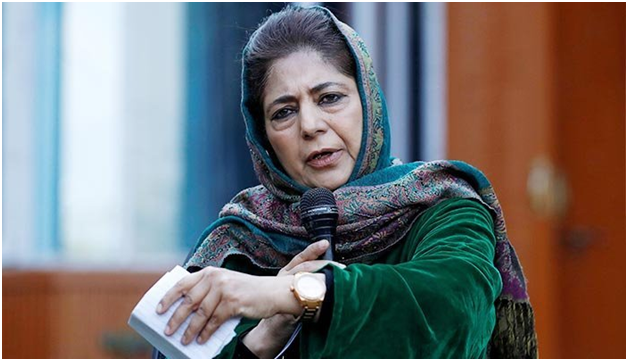 Srinagar: In Indian illegally occupied Jammu and Kashmir, Indian troops barged in HMT area of Srinagar, dragged civilians out of their houses, charged them with batons and forced them to chant ‘Jai Shree Ram’ slogan.

The troops entered the locality in the middle of the night and thrashed dozens of civilians mercilessly in HMT area of the city. Several people received multiple injuries in the forces’ action.

Taking to micro-blogging site twitter, Mehbooba said “Army personnel drag civilians out of their homes in the middle of the night, thrash them with batons & then force these innocent men to chant ‘Jai Shree Ram”.

A resident Hussain of Abanshah area of Srinagar told media men  that Indian troops thrashed the residents for nearly an hour. “We were not allowed to scream or even raise our heads up.”

“The Indian army officer walked up to me and said ‘Bol, Jai Shri Ram’, (chant Victory to Lord Ram, a rallying slogan for Hindu nationalists)” recalled Hussain. “[But] I screamed in pain then he shoved his gun in my mouth.” KMS