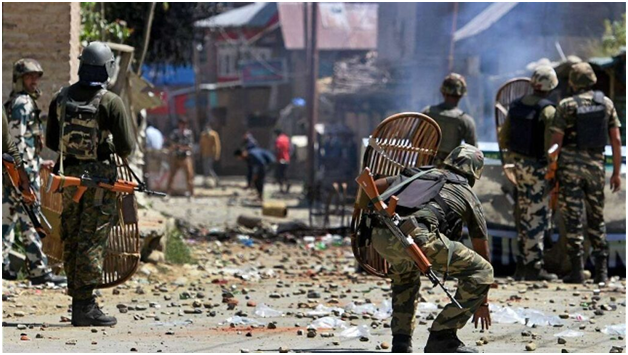 Shopian: Massive stone throwing clashes erupted in Hermain area of South Kashmir Shopian district against a land acquisition drive by the administration in the area.

Eyewitnesses told The Kashmiriyat that an elderly man suffered cardiac arrest and died on spot in South Kashmir’s Shopian district.

Women and men in large numbers threw stones on a team of officials and the locals who were on a land acquisition drive in Hermain village of South Kashmir’s Shopian district.

They said that the team led by Block Development Officer Hermain had arrived in the area to take possession of the local land.

An elderly man identified as Abdul Salam Thokar, a resident of Padderpora area in Shopian suffered a heart attack and died on spot. Thekashmiriyat.