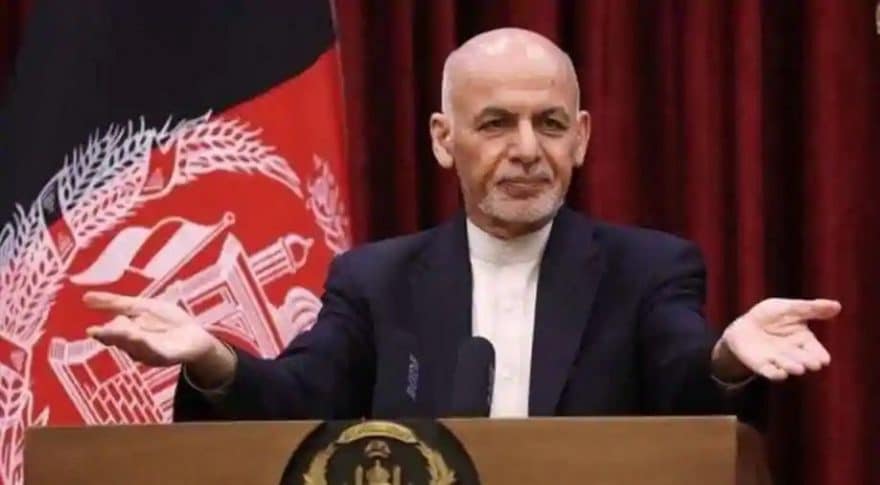 Kabul: President Ghani on Tuesday said that if peace opportunities are lost, and the country heads towards an uncertain future, the situation will cause extreme harm to global and regional peace.

During the virtual meeting the Afghan president indicated that the peace process is in danger if the Taliban does not embrace a real political solution, he added that “security forces are not defeated and neither have we lost our will or capacity for serving our people”, and that Afghanistan will not surrender to the group.

The president warned, “God forbid, if Afghanistan plunged into uncertainty, consequences for the region and the world will be dire,”.

“This is the moment where regional consensus and international consensus on the need for guarantees for a stable and prosperous Afghanistan are essential. We must ask the world to ask all stakeholders to respect the rules of sovereignty and international relations, stop giving sanctuaries and stop interfering in the affairs of their neighbors,” President Ghani said.

This comes as Abdullah Abdullah, Chairman of the High Council for National reconciliation criticized the Taliban for their absence in the 2nd round of the peace negotiations that stalled the talks for many weeks.

According to Abdullah, the Taliban’s non-appearance has affected hopes for peace in Afghanistan.Peace talks between both sides have been stopped for 23 days, Abdullah also asked countries involved in the peace to encourage the Taliban to return to the peace talks.

He stressed that every commission in the council is responsible for ensuring participation of all layers of society in the peace process, he said the transitional government is not the aim.HCNR head added, that people and the public should decide their future through elections and votes and that no interim government resulted in peace.

Peace can be achieved with inclusivity, and if there will be discussions on the interim government, it should be discussed on the table. Khaama.com