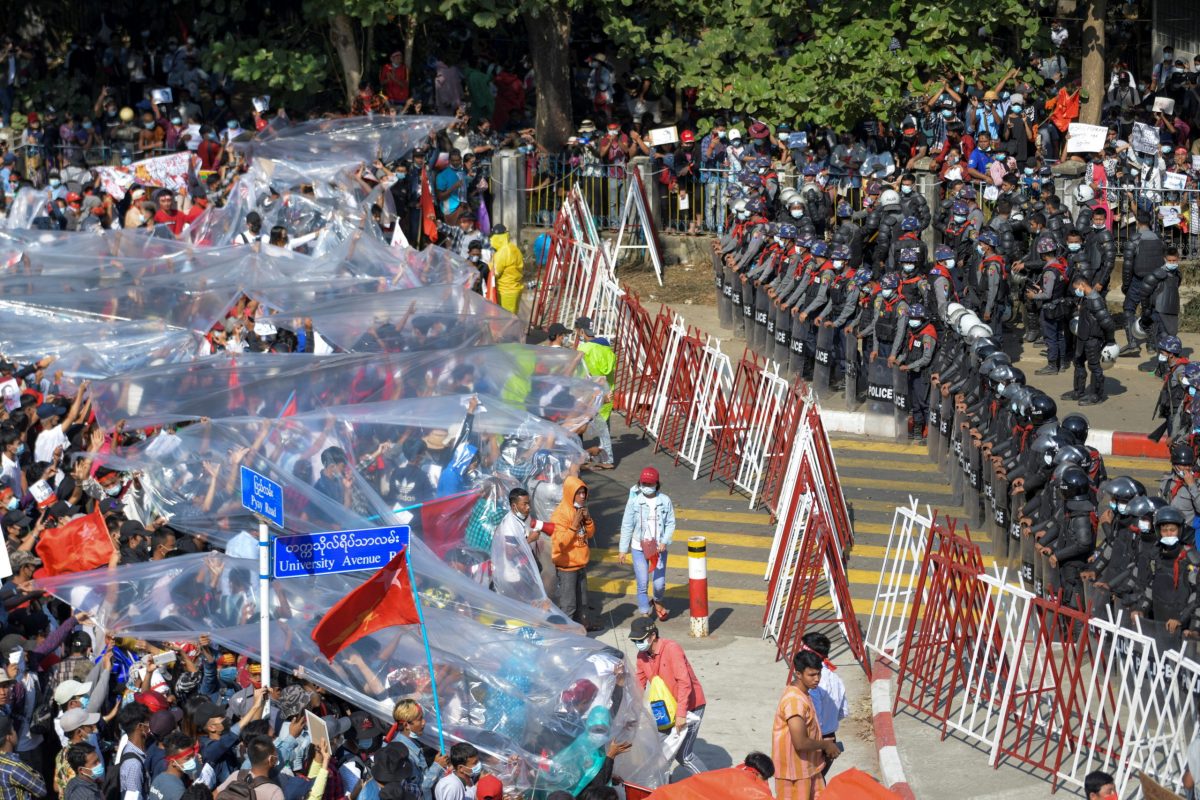 Naypyitaw: Protesters returned to the streets of Myanmar’s capital Naypyitaw after the most violent day yet in demonstrations against a coup that halted a tentative transition to democracy under elected leader Aung San Suu Kyi.

The United States and United Nations condemned the use of force against protesters, who demand the reversal of the coup and the release of Suu Kyi and other detained leaders of her National League for Democracy (NLD) and activists.

“We cannot stay quiet,” youth leader Esther Ze Naw told Reuters. “If there is blood shed during our peaceful protests, then there will be more if we let them take over the country.”

In Naypyitaw, hundreds of government workers marched in support of a civil disobedience campaign that has been joined by doctors, teachers and railway workers, among others.

A doctor said one protester was expected to die from a gunshot wound to the head in Tuesday’s protests. She was wounded when police fired guns, mostly in the air, to clear protesters in Naypyitaw. Three other people were being treated for wounds from suspected rubber bullets, doctors said.

Protesters were also hurt in Mandalay and other cities, where security forces used water cannon as well. State media reported injuries to police during their attempts to disperse protesters, who were accused of throwing stones and bricks.

The U.S. State Department said it was reviewing assistance to Myanmar to ensure those responsible for the coup face “significant consequences”.

“We repeat our calls for the military to relinquish power, restore democratically elected government, release those detained and lift all telecommunication restrictions and to refrain from violence,” spokesman Ned Price said in Washington.

“The use of disproportionate force against demonstrators is unacceptable,” Ola Almgren, the U.N. representative in Myanmar, said.

The protests are the largest in Myanmar for more than a decade, reviving memories of almost half a century of direct army rule and spasms of bloody uprisings until the military began a process of withdrawing from civilian politics in 2011.