Subscribe Us
HomeLatest NewsIraq, US step back from planned evacuation of contractors from Iraqi base
Latest News

Iraq, US step back from planned evacuation of contractors from Iraqi base 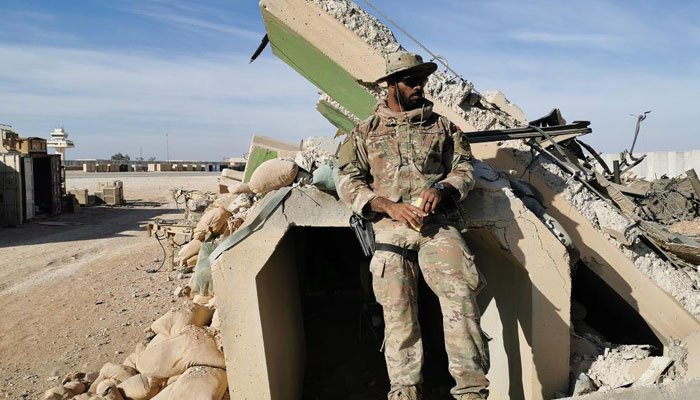 Tikrit: Iraq and the US have denied evacuating hundreds of staff of Lockheed Martin Corp and Sallyport Global from an Iraqi military base where they work as contractors, the Iraqi and US military spokespersons confirmed Wednesday.

Four separate military sources, who spoke to Reuters on the condition of anonymity, said on Friday the contractors from the two firms had been preparing to leave Balad military base, which hosts US forces some 80 km (50 miles) north of Baghdad, over “potential security threats”, without saying what those threats might be.

One of the military sources and a fifth security source later said the evacuation had been called off early on Saturday after US and Iraqi military personnel assured the companies that safety measures would be stepped up around the base.

Three mortar shells landed on Balad last week, the first of several unclaimed attacks in recent days targeting bases in Iraq hosting US forces and a site used by a US energy firm.

Iraqi and US military spokesmen denied there were any plans for an evacuation in the first place, which the sources disclosed at a time of rising regional tensions between the United States and Iraq’s eastern neighbor Iran.

“There are no plans at this time to evacuate any personnel from Balad … Should there be increased threats to our people, the US Air Force will put measures in place to provide the protections required”, Air Force Colonel Kevin Walker said in a statement.

Secretary of State Mike Pompeo said in a statement: “The United States is not evacuating personnel from Balad Air Base.”

Iraq’s military spokesperson said Iraq “protects the safety of our fighters and American advisers and trainers”.

A security source familiar with one of the company’s operations said its management informed staff supervisors early on Saturday that the evacuation plan for both companies, which was being prepared until Friday, had been halted.

The companies had received assurances from US military personnel at the base that they would step up security at Balad as well as around the base, including aerial surveillance, to ensure the safety of their contractors, the source said.

One of the military sources at Balad said Iraqi commanders had also assured US military officials they would ensure the safety of foreign staff at the base in case of future attacks.

US forces would be allowed to help secure the outside perimeter of the base, a task normally only assigned to Iraqi forces, as part of efforts to step up safety measures for contractors, the source said.

The US coalition in Iraq declined to comment on the additional security measures.

A spokesperson for Lockheed in the Middle East said: “We are not evacuating Lockheed Martin employees right now from Balad Air Base.” She did not say whether any other evacuation was being prepared. Reuters

Unemployment high in India due to govt’s ‘ill-considered demonetisation decision’:...