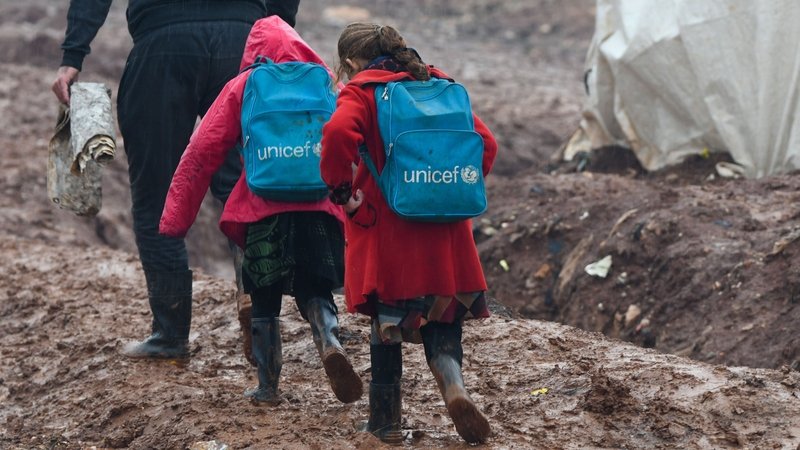 Atme: Ireland is being tasked with renegotiating the mandate to maintain a crucial humanitarian aid corridor from Turkey into north-west Syria, as part of its new role on the UN Security Council.

The conflict in Syria is a key issue on the Security Council’s agenda for this month and Sonja Hyland, political director of the Department of Foreign Affairs and former ambassador to Mexico told a seminar yesterday that she had accompanied the Minister for Foreign Affairs Simon Coveney to the border last week, to try to understand the “political dynamics” of the crossing.

“In terms of providing humanitarian aid to areas that are opposition-held, or not controlled by the government in Syria, there’s now only one crossing that the UN can use, coming in from Turkey to provide aid into north-west Syria, specifically around the Idlib area,” she told the online seminar organised by the Irish Peace and Conflict Network.

They travelled to Ankara for discussions with the Turkish foreign minister Mevlüt Çavusoglu before continuing down to the Hatay province to visit the border crossing at Bab al-Hawa.

Ms Hyland said Ireland was under no illusions about how difficult this role would be, but she said humanitarian issues would be of great importance to Ireland in its new role on the Security Council.

She said: “We will be charged basically with renegotiating the mandate to maintain that crossing open in July. We already know, and this is not a secret… that a number of Council members, specifically Russia are not keen to see that remain open.

“They have fundamental objections to cross-border aid. They believe it should be done through Damascus.”

At the border, she said she and Mr Coveney had met with Turkish officials, along with UN agencies and Syrian NGOs.

Ireland will act as a co-pen holder on the Syrian cross-border humanitarian file, along with Norway.

She said Ireland had joined the council during a significant period of international instability, but said it was also fortunate to have joined at a period of transition in the US, which she said meant it could be possible to make progress on some issues that have been stuck for the last four years.

One of those issues is Iran and Ireland is expected to have a role in talks around Iran and the landmark 2015 nuclear deal, in which Iran agreed to reduce its nuclear activity in exchange for the lifting of some sanctions.

This deal was abandoned in May 2018, by then US President Donald Trump but Ms Hyland said Ireland was now in a unique position to “play some small role in trying to ensure that Iran comes back into compliance with its commitments under the JCPA (Joint Comprehensive Plan of Action.)”

Radhya Al-Mutawakel is a Yemeni human rights defender who has previously briefed the Security Council and testified in front of the US Congress about war crimes in what has been referred to as the world’s worst humanitarian crisis.

She said: “I actually feel very positive having Ireland in the UN Security Council because I have observed closely how much they supported having an independent investigation in Yemen in the (UN) Human Rights Council, so I expect Ireland to be like a quiet fighter for accountability.”

The UN heard last month that five million people in Yemen are currently in imminent danger from famine and Ms Al-Mutawakel, founder of the Mwatana Organisation for Human Rights said: “Yemenis are not starving, they are being starved.”

She said all parties in the conflict had committed violations, which contributed to this situation and that what was needed now was criminal accountability.

Ms Al-Mutawakel added: “Only the Security Council can refer the Yemen situation to the International Criminal Court… and I think Ireland can push for this very strongly.”

She said it was important that sanctions apply, not only to one party in the conflict, and called for international support to help end the war there.

She said: “I ask the world and I ask Ireland also, not to deal with Yemen only as a displaced camp, and as if the only problem is the humanitarian aid and access.

“It’s much more than this. We will not have our lives back unless this war has been stopped and the security council can do a lot to push for a peace process that includes all parties of the conflict.”

Ms Hyland said Ireland was a firm supporter of the International Criminal Court: “We believe that the court has a unique and vital mission to ensure that those responsible for serious crimes of international concern cannot act with impunity.

However, she said she was aware and under no illusions that the Security Council’s role in this in terms of bringing “issues of concern” to the International Criminal Court was one that had not been exercised for some time.

She said:  “Due to the dynamics of the Council and due to a number of permanent members in particular, blocking any progress on that.

“But, again, it’s something I think we want to be very clear about and firm on even if we can’t make proactive progress.”

Ms Hyland said the issue of climate as a driver of conflict was also something that Ireland would aim to ask the Security Council to look at more seriously. rte.ie.news