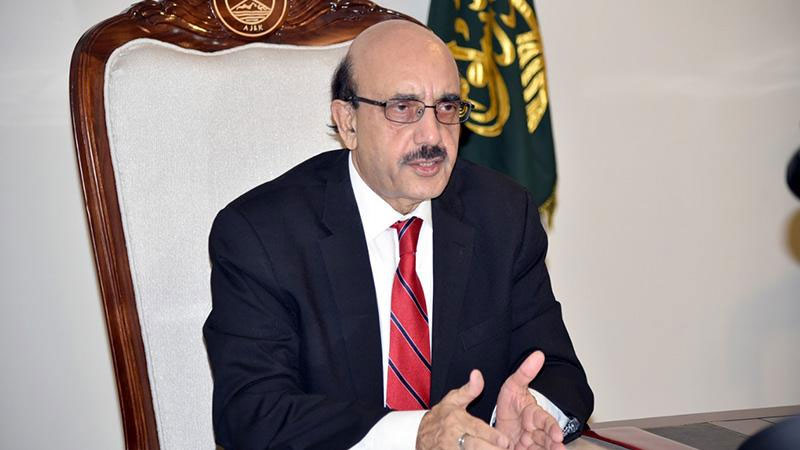 Bagh: Azad Jammu and Kashmir (AJK) President Sardar Masood Khan has said that India is neither secular nor democratic state but a colonial power.

Addressing the meeting of Senate of Women’s University Bagh, he said India’s hegemonic designs are serious threat to peace and security of not only neighbouring countries but the whole South Asian region.

Masood Khan said India’s illegal occupation of Jammu and Kashmir and its recent actions are not acceptable to the people of Kashmir and they are determined to continue their struggle till withdrawal of the last Indian soldier from the valley.

He said Kashmiri people on both sides of the Line of Control and across the world observed India’s Republic Day as Black Day because the carnage of Kashmiri people which India had started 72 years ago, still continues.

He said India which falsely claims to be the biggest democracy of the world, is busy in massacring the Kashmiri people in the occupied territory for their democratic demands of freedom, right to self-determination, fundamental human rights and the civil liberties.