Subscribe Us
HomeArticleKashmir and passivity of the world powers
Article 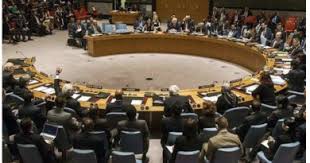 “Kashmiris are not enemies of India or hold any grudge against its inhabitants. We are desirous of a strong India and Pakistan and it is only possible when the Kashmir issue is resolved to pave the way for peace, prosperity and development in the region.” Syed Ali Geelani, Veteran charismatic leader of Jammu & Kashmir

“It is never too late to defend the right of self-determination and UN jurisprudence on Kashmir.” Dr. Syed Nazir Gilani, President, JKCHR

On India’s Republic Day, the people of Jammu & Kashmir extend their warm felicitation to the people of India. It is on January 26 that India celebrates its Republic Day to honor the date on which the Indian Constitution came into force. Kashmiris, however, voice deep regret over the betrayal of the Indian Government — not the people of India — of her high-minded ideals in Kashmir that marked its entry into the family of nations after long years under the British raj: shocking human rights violations, contempt for international law and binding self-determination resolutions of the United Nations Security Council.

The Kashmir question is one of the oldest unresolved international problems pending on the agenda of the Security Council. There are certain characteristics of the situation in Kashmir, which distinguish it from all other deplorable human rights situations around the world.

1. It prevails in what is recognized – under international law – as a disputed territory.  According to the international agreements between India and Pakistan, negotiated by the United Nations and endorsed by the Security Council, the territory’s status is to be determined by the free vote of its people under U.N. supervision.

2. It represents a Government’s repression not of a secessionist or separatist movement but of an uprising against foreign occupation, an occupation that was expected to end under determinations made by the United Nations.  The Kashmiris are not and cannot be called separatists because they cannot secede from a country to which they have never acceded in the first place.

3. It has been met with studied unconcern by the United Nations.  This has given a sense of total impunity to India.  It has also created the impression that the United Nations is invidiously selective about the application of the principles of human rights and democracy.  There is a glaring contrast between the outcry over the massacres in certain areas, on the one side, and the official silence (barring some faint murmurs of disapproval) over the killing and maiming of a vastly greater number of civilians in Kashmir and the systematic violation of the 1949 Geneva Convention. This is not merely a case of passivity and inaction; in practical effect, it amounts to abetment and encouragement of murderous tyranny. If tyranny is not condoned inside the territory of a member state of the United Nations, is there not the greater reason for the United Nations to intervene when the territory is one whose disposition is to be determined through a free and fair vote under the impartial auspices of the world organization.

4. It is a paradoxical case of the United Nations being deactivated and rendered unable to address a situation to which it had devoted a number of resolutions and in which it had established a presence, though with a limited mandate.  The United Nations Military Observers Group in India and Pakistan (UNMOGIP) is one of the oldest peacekeeping operations of the U.N.; the force is stationed in Kashmir to observe the cease-fire between India and Pakistan.

5. Kashmir is the only international dispute where the solution of the conflict – the right to self-determination — was suggested by the parties themselves, India and Pakistan. Mahatma Gandhi has said: “If the people of Kashmir are in favor of opting for Pakistan, no power on earth can stop them from doing so. But they should be left free to decide for themselves.” (Gandhi’s Passion by Professor Stanley Wolpert, Page 247).

6. Kashmir is the only region that shares its borders with three nuclear powers of the world – India, Pakistan & China. The potential of nuclear war has always been there between India and Pakistan, now because of the Chinese element that potential is now real.  The uncertainty over Kashmir will lead not only India and Pakistan to disaster but it will also destroy any possibility of bringing peace and stability to Afghanistan.

All these peculiarities of the Kashmir situation become more baffling in view of the fact that the mediatory initiative which would halt the violations of human rights and set the stage for a solution would entail no deployment of United Nations forces, no financial outlays and no adversarial relations with India.

In this context, the following considerations are most pertinent for an assessment of the dispute by the world powers.

When the Kashmir dispute erupted in 1947-1948, the United States, Great Britain, China, France, Canada, Argentina, Belgium, Columbia, championed the stand that the future status of Kashmir must be ascertained in accordance with the wishes and aspirations of the people of the territory. The U.S. was a principal sponsor of resolution # 47 which was adopted by the Security Council on 21 April 1948 and which was based on that unchallenged principle.  The basic formula for settlement was incorporated in the resolutions of the United Nations Commission for India and Pakistan (UNCIP) adopted on 13 August 1948 and 5 January 1949.

These are not resolutions in the routine sense of the term.  Their provisions were negotiated in detail by the UN Commission with India and Pakistan and it was only after the consent of both Governments was explicitly obtained that they were endorsed by the Security Council.  They thus constitute a binding and solemn international agreement about the settlement of the Kashmir dispute.

We are dismayed by the lack of action by the world powers to help stop the carnage in Kashmir and by their virtual indifference to the situation in our land. The disparity between their inaction and their repeated assertion that the protection of human rights and encouragement of democratic solutions are their major foreign policy goals is hard for us to understand. Nevertheless, we still have confidence that they will realize that what is at stake in the dispute is not only the survival of the people of Kashmir but peace in the populous region of South Asia and also the basis of a civilized worldview.

Currently, the policy of world powers has led the Indian Government to believe that all it needs is some political maneuvering to dissipate foreign concern over the appalling situation in Kashmir. Dr. Syed Nazir Gilani  said it best, “We should pull down the heavens and roof of the United Nations, alert our friends all over the world, point out that the notification on 35A was a serious violation of UN Resolutions on Kashmir, a violation of the agreement between Government of India with the people of Kashmir and a violation of the agreements between India and Pakistan.”

The Trump Administration at first showed some concern at least over the savagery of the Indian occupation in Kashmir. However, after the Howdy Modi event which was jointly attended by Prime Minister Modi and President Trump, there seems to have been a tilt towards India. It is plausible that the tilt has been caused by the prospect of profitable American investments in that large country. As Americans, we appreciate the importance of expanding economic relations between the U.S. and India. But who knows it better than newly elected President Joseph Biden as a global diplomat that American investments in India will remain exposed to grave danger as long as the South Asian Subcontinent remains a scene of continuing strife, with the specter of war always on the horizon and a nuclear exchange not an impossibility. Even from a purely economic perspective, if not from concern over peace, genuine democracy and observance of human rights, the restoration of normalcy in South Asia deserves to be a policy goal for the world’s only superpower – the United States. The Kashmir dispute being the key cause of conflict, its marginalization can hardly serve long-term American interests.

Without reservation, it can be said that if anybody becomes instrumental in resolving the Kashmir dispute – the bone of contention between the two very potentially dangerous countries – deserves not only the Nobel Peace Prize but also a special place in history. The resolution of the dispute will bring unparalleled honor to the one who helps to achieve it. That honor could be of President Joseph R. Biden if he gets involved in resolving the Kashmir dispute.  His involvement should not be seen to favor India or Pakistan but to advance the cause of freedom, democracy and human rights. Biden’s election campaign is on record to have said: “In Kashmir, the Indian government should take all necessary steps to restore rights for all the people of Kashmir?” And Vice President Kamala Harris went one step further, “We have to remind Kashmiris that they are not alone in the world.” Let us keep reminding Biden Administration that after all a promise is a promise. Kashmir Watch

Pro-Khalistan groups hold protest in Washington in support of farmers...