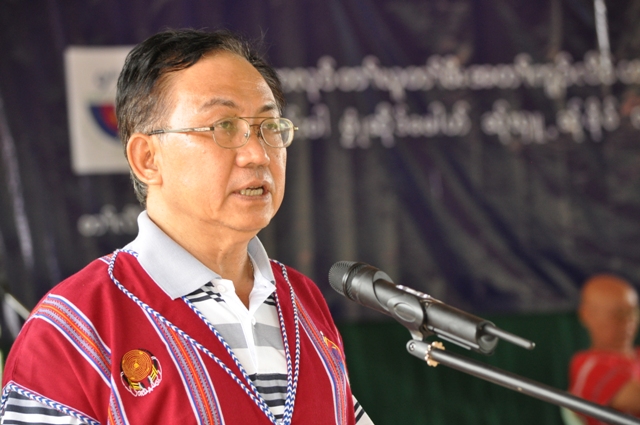 KNU General secretary P’doh Saw Ta Doh Moo told Karen News that they are pleased to hear the introduction of the New Peace Architecture, after it had made repeated calls for reforms in the flagging peace process as it has been almost stalled since 2018.

“We have now been informed of the New Peace Architecture, as this may be a new perspective for the government and is now being introduced as a means to reform the peace process – as we have been pushing for years. Nevertheless, we are pleased it’s happening now. But we will wait and see if there will be any real changes or policies or if it is all just talk.”

The government’s New Peace Architecture was introduced by State Counselor Aung San Suu Kyi during her New Year Speech on January 1st. Zaw Htay, spokesperson for the Presidential Office confirmed it during a press conference in Naypyidaw on January 8th, 2021.

According to Zaw Htay, the new process would enable implementation of tasks resulting from negotiations on – Peace Building, State Building, and Nation Building.

State building includes strengthening of Regions and States, creating more opportunities, power sharing, and strengthening the three pillars of government. Nation Building, is a step towards the creation and emergence of an all-inclusive national identity.

KNU General Secretary P’doh Saw Ta Doh Moo said that although these three processes are essential, the country’s main problem concerns the military dictatorship and chauvinism that have been unresolved for more than 70 years.

Ethnic armed groups that signed the ceasefire agreement with the government said that they still don’t know the details as they have not yet received any official statement from the government regarding the New Peace Architecture.

“I heard that the government wants to go with its New Peace Architecture. However, we cannot yet predict what their plan is. I think it will be good for the people and ethnic nationalities if it improves the previous process.”

U Khaing Soe Naing Aung pointed out that due to the different perspectives held by the government and the military, it will take time to move forward with the current peace architecture – the military needs to be willing to go along with that architecture.

Between 2016 and 2020, the 21st Century PangLong Union Peace Conference was held four times between armed groups that had signed with the government’s failed Nationwide Ceasefire Agreement. Despite its ineffectiveness the previous peace process resulted in three parts union accords been signed, the final part three accords contained a three-step commitment in building a federal union.

Naw May Oo, who previously worked on the KNU’s technical support for the peace process, observed that although the results of the dialogues in previous peace process were concluded, they were not being implemented. The government’s New Peace Architecture includes proposals for implementation that could be a potential significant step up.

Naw May Oo told Karen News in the previous peace talks there was a lack of implementation.

“There were dialogues at the top leadership level at Nay Pyi Taw, but the talks did not get implemented as a process. However, according to the government, in this new architecture, implementation will follow the dialogues. We will only know how effective it is then. This could be a significant change.”

Despite nearly nine years of peace dialogue between the government, the military, KNU, and 10 armed groups, the agreements have not been implemented, and clashes in ceasefire areas frequently occur.

Despite frequent talks with the government about joining the peace process, no solid ceasefire agreement have been reached with the Northern Alliance, that includes the Kachin Independent Organization, the United Wa State Army and Shan State Progressive Party – North in the Northern regions and the Karenni National Progressive Party in the South East.

The government claims it is in negotiations with some of the remaining ethnic armed groups to sign at the Bilateral level, and is continuing discussions with groups that are at the stage of signing the NCA.Karennews.org

UN envoy calls for greater sense of urgency in Syrian...

Agreement on ending the war & restoring peace in Vietnam