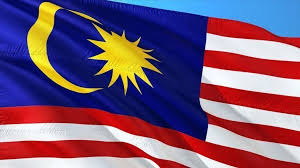 Kuala Lumpur: The Malaysian Consultative Council of Islamic Organization has condemned human rights violations committed by the Indian forces in Occupied Jammu and Kashmir, the Foreign Office said in a statement on Wednesday.

According to the Ministry of Foreign Affairs, the Malaysian council has called upon the United Nations to intervene to protect human rights. The council has also demanded for India to be held accountable for its atrocities and crimes against humanity in the occupied region.

A human rights activist and an advocate of women empowerment, Andrabi founded Dukhtaran-e-Milat – one of the biggest women rights organisations in the occupied Himalayan region.

For over four decades, she has worked for social reforms, struggled for the fundamental freedoms of the people in the occupied region, and women’s education, empowerment and well-being – especially against sexual violence and abuse at the hands of the Indian occupation forces.

She has been incarcerated for over 15 years and is currently at the infamous Tihar Jail in New Delhi.

Earlier this month, Pakistan approached the UN Secretary-General António Guterres in New York and the UN High Commission for Human Rights in Geneva to seek immediate release of the Kashmiri activist.

The FO said Indian authorities have put Andrabi on trial on trumped up charges “deliberately accelerated trial and set aside due process” which reflects “malicious intent with clear indications of looming judicial murder”. APP