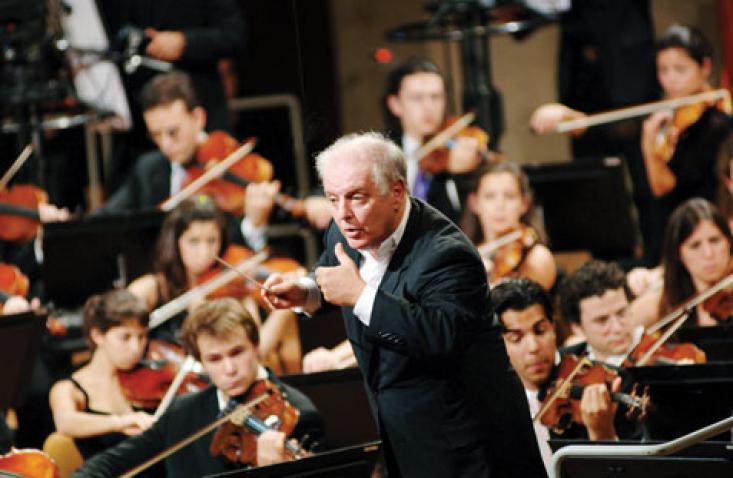 Seattle, Washington: The United Nations Messengers of Peace is made up of people who use their public platforms to spread awareness of the U.N.’s mission. They are usually well-known celebrities from the fields of art, science, entertainment or sports. In line with their appointed U.N. positions, they make frequent public appearances, make contact with international media and conduct humanitarian work. Those who are given this high honor by the Secretary-General volunteer their time and talent for an initial period of two years. Out of 13 current United Nations Messengers of Peace, five are musicians who use music to promote peace and the U.N.’s message.

Daniel Barenboim is an Israeli pianist who was the conductor of the Chicago Symphony Orchestra. He is a classical musician known for his interpretations of Mozart and Beethoven as well as his efforts to promote peace in the Middle East. In 1999, along with Edward W. Said, a prominent advocate for Palestinian independence, Barenboim co-founded the West-Eastern Divan Orchestra.

Since Barenboim and Said founded the orchestra, it has welcomed Israeli and Arab musicians to form the base of the ensemble along with musicians from Turkey, Iran and Spain. Ultimately, the purpose of the orchestra is to create a place for young musicians to coexist and promote intercultural dialogue. The orchestra goes on an international tour every year.

The West-Eastern Divan Orchestra opposes a militant solution to the Arab-Israeli conflict. It believes that Israeli and Palestinian fates are intertwined. It encourages those affected to seek out unity and understanding across cultures. Ultimately, the orchestra presents the musicians with an equal and unique way to connect to one another through music’s universality.

The orchestra hosted a landmark concert in Ramallah in 2005 and performed at the U.N. in 2006 and 2015. In 2016, the West-Eastern Divan Orchestra was selected as a United Nations Global Advocate for Cultural Understanding.

Lang Lang is a Chinese pianist who played at the opening of the 2008 Beijing Olympics and at the Grammys. The World Economic Forum named him one of the 250 Young Global Leaders in 2010.

Lang Lang started the Lang Lang International Music Foundation in 2008. The organization encourages social and emotional development for young people through music education. Through his effort to promote global music education, the U.N. recognized Lang Lang as a UNICEF Goodwill Ambassador in addition to being a United Nations Messenger of Peace.

Yo-Yo Ma is a Paris-born Chinese cellist who received his education in the U.S. He has released more than 100 albums, 18 of which are Grammy winners. Ma has played for numerous charitable causes across the world, championing causes dear to his heart and the international community. One such concert occurred at the World Health Organization’s 2007 Stop TB Partnership Campaign.

In 1998, Ma created Silkroad, a collective comprised of musicians that combine their art with their traditions. Silkroad has performed at places such as Suntory Hall and the Hollywood Bowl. The project also works with museums and universities to train future teachers, musicians and learners.

Midori is a Japanese violinist. She has been a leading concert violinist for more than 35 years and has performed for the London, Chicago and San Francisco Symphony Orchestras.

Midori founded the nonprofit Midori & Friends, which brings music education to those in underprivileged areas. She also founded Partners in Performance and Music Sharing. Both are organizations that bring music education to those who are otherwise unfamiliar with it. By bringing music to the world’s youth and supporting a number of child-oriented international programs, Midori seeks to alleviate disproportionate youth suffering.

Stevie Wonder is a singer-songwriter and a many-time Grammy Award-winner. He has helped produce and perform music for philanthropic fights against issues such as AIDS, cancer, diabetes, hunger, homelessness and domestic abuse. He has been vocal and active in his life-long fight for equality. For example, he was a key figure in making Martin Luther King, Jr. Day a national holiday in the U.S. as well as in abolishing apartheid in South Africa.

Since his appointment as one of the United Nations Messengers of Peace, Wonder has advocated for the world’s disabled. Furthermore, he supported the World Intellectual Property Organization (WIPO) Marrakesh Treaty that helps disabled people access published works and print.

These five musicians are just a few examples of the good that members of the United Nations Messengers of Peace provide. They are using their talents and desire to help to make a better world.Borgenmagazine.com

Qatar has made peace with its Gulf neighbours. But will...