Subscribe Us
HomeArticleQatar has made peace with its Gulf neighbours. But will this bonhomie last?
Article

Qatar has made peace with its Gulf neighbours. But will this bonhomie last? 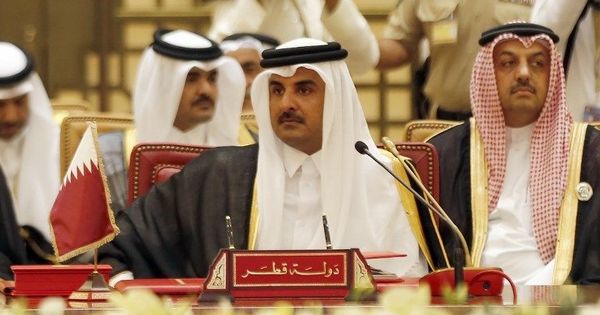 Shortly after four Arab countries – Saudi Arabia, the United Arab Emirates, Bahrain and Egypt – imposed an embargo on Qatar in 2017, I flew into the country’s capital Doha. Hamad airport – usually buzzing with visitors from the Gulf countries (one of every four visitors to Qatar in 2015 came from Saudi Arabia) – was eerily quiet.

The four countries severed ties with Qatar in June 2017 after they accused Doha of supporting terrorism. They demanded the shutdown of Qatari news network Al Jazeera as well as calling on the country to downgrade its relations with Iran. Doha defiantly rejected the accusations and agreed to mediation from Kuwait and the United States to end the standoff.

Qatar has estimated its losses from the blockade in the billions of dollars – citing factors such as “industrial-scale theft of content” from its sports broadcaster BeIN by rival Saudi network BeoutQ and the manipulation of its currency by the four countries. So, when they agreed on January 5 to lift the embargo and restore diplomatic relations with Qatar, all sides were keenly anticipating any economic benefits the restored detente might bring.

Qatar may be the smallest of the Gulf states – but it is the richest. So when, hours after the agreement, foreign minister Sheikh Mohammed bin Abdulrahman al-Thani talked about the possibility of the country’s sovereign wealth fund investing in Saudi Arabia and other Gulf states, his hint would have been well received in Riyadh.

Dangling the carrot of investment is a good way of appeasing Saudi Arabia, which is keen to attract foreign investment to back Crown Prince Mohammed bin Salman’s grandiose modernisation projects as well as respond to the country’s long-term need to secure new export markets and diversify its oil-dependent economy.

But the biggest sign of the new detente has so far been in the tone of Qatar’s news media. Top of the list of the 13 demands placed on Qatar by the four countries was shutting down Al Jazeera.

Qatar did not shut the network down – but watching the network in the days after the blockade ended, one could feel the difference. Bulletins no longer include regular news on “violations” by the Saudi regime. The channel even rebranded the Saudi Crown Prince, who it had vociferously attacked just a few weeks ago for “tarnishing the image of the Saudi state”. Now Bin Salman is represented as a rising peacemaker engaged in relations of “fraternity”.

This was symbolically reflected in the way he hugged Tamim bin Hamad al-Thani when the Qatari emir arrived in Riyadh for their meeting on the sidelines of the Gulf Cooperation Council meeting in Saudi Arabia on January 5.

Coverage of Qatar by Saudi network Al Arabiya has also softened considerably, something picked up on by the BBC, which even hosted analysts to comment of the repeatedly screened scene of the hugging between the two leaders. “It was a hot hugging”, commented one analyst, of the enthusiastic way the two leaders embraced when meeting at the airport in Riyadh.

The reconciliation has brought a sense of relief in all four countries. Ordinary people paid a deep humanitarian price – many are linked by close tribal ties and there are thousands of cases of cross-border intermarriage (to give you an idea of how close Saudi Arabia and Qatar are, consider that it takes just an hour to drive from Doha to Saudi territory).

In Qatar, I heard many stories of families split apart when Qatari nationals were ordered to leave their three Gulf neighbours within 14 days. More than 12,000 residents in Saudi Arabia, Bahrain and UAE were also ordered to leave Qatar. Social media is now full of videos of families jubilantly crossing “Abu Samra”, the land border between Saudi Arabia and Qatar within hours of the agreement.

This may all sound like a return to normality, but sceptics pointed to the fact that, while the two feuding leaders talked of “brotherly unity” and desires for “Gulf unity”, neither mentioned an agreement on any of the issues that caused the crisis.

On the one hand, everyone is a winner – but, on the other, we do not know how or why. The situation has been described as a “detente borne more of exhaustion than compromise”.

The 13 demands made by the other Gulf states of Qatar remain unmet. For example, the Qatari foreign minister has already scotched a demand for Qatar to reduce its ties with Iran by shutting down diplomatic posts in Iran or expelling members of Iran’s elite Revolutionary Guard, saying a couple of days after the agreement that his country would not alter relations with Tehran.

So this dispute is far from ended and there is a lot of tension brewing under the surface. Saudi Arabia, for its part, sees Iran as an “existential threat” and is unlikely to take no change as a negative answer.

Others believe that for Bin Salman, temporarily easing the tension with Qatar is “low-hanging fruit” – something achieved with relative ease ahead of the inauguration of Joe Biden as the 46th US president. Biden is known for his critical attitude towards Riyadh’s approach to human rights.

There is no sign that Qatar is also heeding the other demands, including closing Turkey’s military base outside Doha. Turkey is popular among Qataris. You will see cars with number plate stickers featuring the Turkish flag – or even with the image of Turkish president Recep Tayyip Erdoğan.

With so few issues apparently actually resolved, it is little wonder that it took just days for new signs of tension to reappear after the agreement. The UAE’s minister of state for foreign affairs, Anwar Gargash, said following the Gulf Cooperation Council summit that Doha still has questions to answer, including: “How is Qatar going to deal vis-à-vis interfering in our affairs through support of political Islam? Is Turkey’s presence in the Gulf going to be permanent?”

These are the same questions asked of Qatar long before the four countries issued their ultimatum in 2017. It is the tension that is likely to outlive the warmth engendered by those televised hugs. Scroll.In