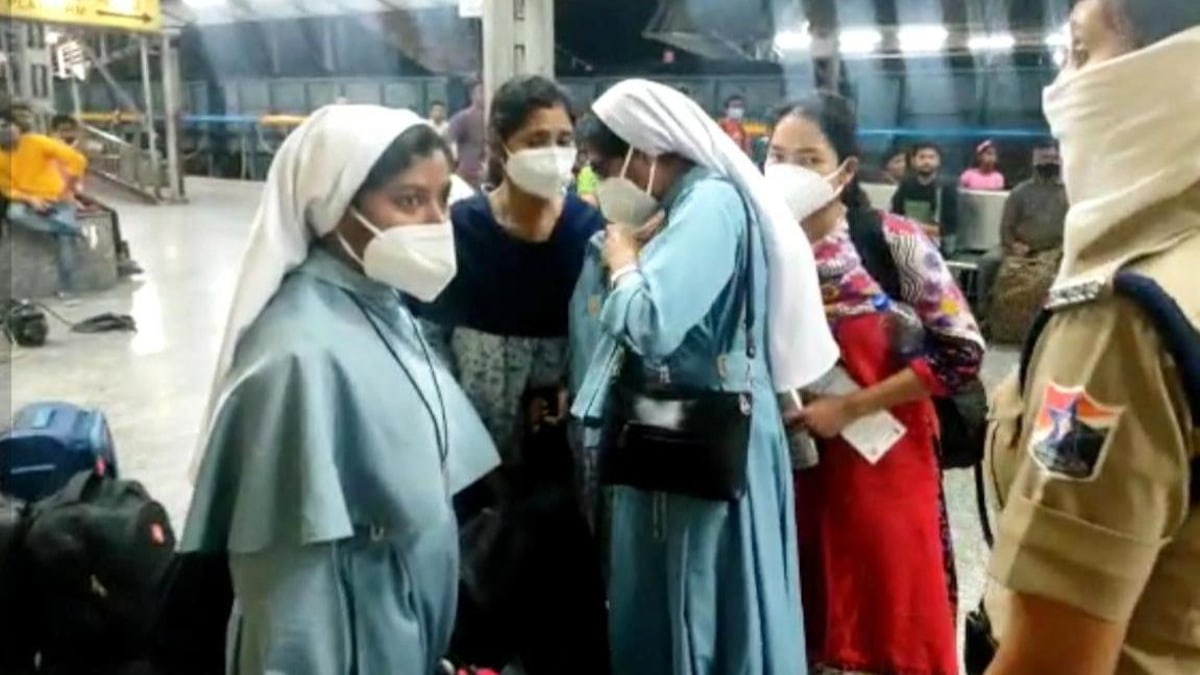 New Delhi: Two nuns from the Congregation of the Sisters of the Sacred Heart were forcefully removed from a train by a mob of radical Hindu nationalists in India. The mob falsely claimed the nun were trafficking two young women for the purpose of converting them, according to Asia News.

The incident took place on March 19 as two nuns and two postulates were traveling by train from Delhi to Rouekela. At Jhansi station, a mob of 150 Hindu Vahini members forced the nuns off the train and accused them of trafficking the two postulates for the purpose of conversion.

Although the two postulates show identification proving they were already Christian, the mob continued to harass the nuns and handed them over to railway police. The nuns were then marched to the local police station as the mob followed chanting obscenities and nationalist slogans.

Local church leadership eventually engaged with police to resolve the issue. However, the four Christian women had to leave Jhansi the next day disguised in civilian clothes.

“This is outrageous and must be strongly condemned,” Sajan K. George, President of the Global Council of Indian Christians (GCIC), told Asia News. “Now even the freedom to travel is being monitored by extremists.”

Across India attacks on Christians and their places of worship continue to be reported in greater number. In most cases, radical Hindu nationalists perpetrate these attacks believing that Christianity is a foreign religion that must be removed from India. Persecution.org