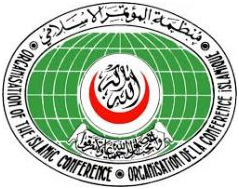 Niamey Niger: The Organization of Islamic cooperation has reaffirmed its stand on the right to self-determination of the people of Jammu and Kashmir lamenting that the dispute continues with no apparent signs of delivering on the seven decades old promise of the international community to decide the fate of Kashmiri people as per their aspirations.

In a report of the OIC Secretary General submitted to the 47th session of the Council of Foreign Ministers held in Niamey, Niger it has been said, the decision of the Indian government on 5 August 2019 towards changing the demographic composition of the territory, and the continuous blockade and restrictions together with human rights abuses had awakened renewed efforts of the international community towards a resolution of the conflict. The matter was brought to the UN Security Council after many decades, the report added.

OIC in its report maintained the principled position on Jammu and Kashmir, and said that it issued a number of press releases on behalf of the General Secretary expressing support to the Kashmiri people and their right to self-determination. The OIC remained closely monitoring the situation and continued with its call on the international community to urge the resolution of the conflict in accordance with the relevant United Nations Security Council resolutions.

The secretary general report pointed out that to highlight the issue of Jammu and Kashmir and to raise awareness on the plight of the people of Jammu and Kashmir, the General Secretariat in association with the Islamic Republic of Pakistan’s Consulate General in Jeddah organized a seminar and photo exhibition on Kashmir on 24th November 2019. KMS

OIC must intervene to save Kashmiris from ethnic cleansing: AJK...