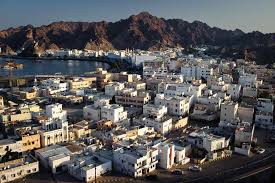 Muscat: Oman has released its government budget for 2021, revealing that 2020 defence and security spending is anticipated to have been reduced by 9% during the year and 2021 spending would be reduced by 14.6% year on year.

The budget documentation, released on 1 January, showed that defence and security spending was to fall from OMR3.45 billion (USD8.93 billion) in 2020 to OMR2.965 billion in 2021. The amount further reflects a 5.12% reduction on the anticipated final defence and security budget of OMR3.125 billion.

As part of its initial responses to lower oil prices and Covid-19, by May 2020 the Omani Ministry of Finance (MoF) had announced that the defence and security budget would be cut by 10% and development budgets for the country had also been reduced.

Janes also revealed in September that Oman was undertaking a review of its defence and security plans with the assistance of the United Kingdom. Described by one UK official as “probably needed”, the review is expected to formalise defence spending and procurement plans over the next decade.

BAE Systems also noted in its half-yearly results in July that Oman had “asked to enter into negotiations … regarding a transition to a reduced scope support solution for the Typhoon fleet. These negotiations remain ongoing, and are expected to conclude early in the second half of 2020”. Janes