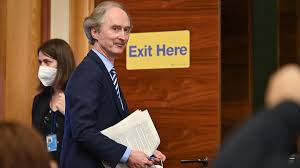 Journalists quoted Geir Pedersen the UN Syria envoy after the week-long discussions ended, leaving the plan of a new round uncertain as saying that “To me, it has been a disappointment,” who was facilitating the five-day talks of the 45-strong Syrian Constitutional Committee.

“I gave a statement to all 45 committee members. I think it’s fair to say it was an open, frank, and direct assessment of where we are.”

Pedersen further said that “And I told the 45 members of the adopting body that we cannot continue like this. This week has shown that such an approach is not working.”menafn.com