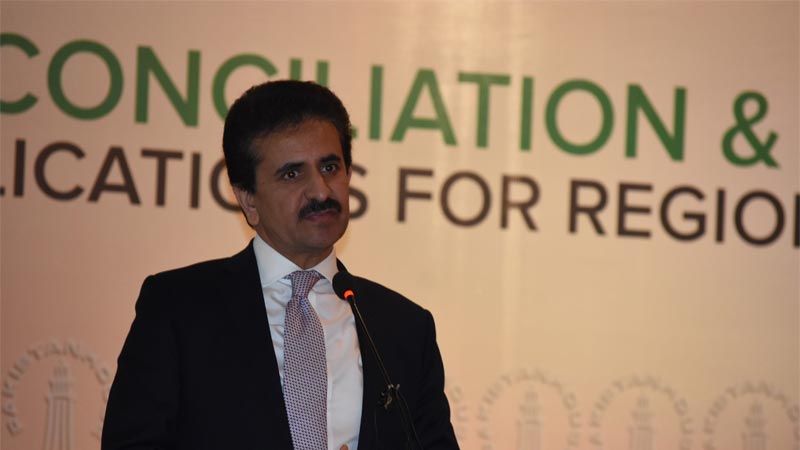 Islamabad: Pakistan has criticize India for martyring 15 Kashmiris in the month of November. The Pakistan Foreign Office has also urged the international community and human rights organizations take notice of India’s blatant violation of international laws and conventions in Occupied Kashmir.

Foreign Office spokesperson Zahid Hafeez Chaudhri told the press that India continued with its “fake encounters” and staged “cordon-and-search” operations which caused injuries to 97 Kashmiri youth, while 31 were arbitrarily detained, and many houses destroyed to inflict collective punishment on the Kashmiri communities.

He stated that the Kashmiris in IIJOK were incessantly being subjected to a brutal military siege and inhuman restrictions for an unprecedented 486 days since India’s illegal and unilateral actions of August 5, 2019.

“The cold-blooded murders and brutalization of innocent Kashmiris are a clear manifestation of the state terrorism to which unarmed Kashmiris have been subjected to for the past seven decades,” the spokesperson stated.

Foreign Office spokesperson also added that “We continue to call upon the international community, including the United Nations, the human rights organizations and the global media to take cognizance of brutal suppression of the Kashmiri people’s rights and freedoms in utter violation of international laws and conventions.

Pakistan Foreign Office has also urged the world community to use all tools at its disposal, to hold India accountable for its serious crimes against the Kashmiri people.

While referring to the Indian media propaganda against Pakistan Foreign Office spokesperson commented that “despicable spike in Indian propaganda” against Pakistan following the presentation of incontrovertible evidence by Pakistan of India’s active planning, promoting, aiding, abetting, financing and execution of terrorist activities in Pakistan.

He maintained that, “We wish to reiterate our call to the international community, particularly the United Nations counter-terrorism mechanisms to act on the Pakistani Dossier providing irrefutable evidence of Indian state sponsorship of terrorism”.

Other than this, the FO Spokesperson condemned the recent assassination of Iranian scientist Mohsen Fakhrizadeh in Tehran.

While commenting over this incident, the Foreign Office spokesperson added that,

“We extend sincere condolences to the family members of Mr. Fakhrizadeh and to the Iranian people,” and “Pakistan strongly urges all sides to exercise maximum restraint and avoid further escalation of tensions in the region.”

He also welcomed the announcement regarding the agreement reached on rules and procedures by the Afghan parties in Doha and considered it as another significant step forward.

Foreign Office spokesperson Zahid Hafeez Chaudhri commented that, the agreement reflects a common resolve of the parties to secure a negotiated settlement, calling it an important development contributing towards a successful outcome of the Intra-Afghan Negotiations.

While addressing the media, Pakistan Foreign Office spokesperson stated that “Pakistan welcomes the announcement regarding the agreement reached on rules and procedures by the Afghan parties in Doha. This is another significant step forward.

He also commented over the recent visit of Chinese State Councilor and Minister of Defence, General Wei Fenghe. Over this meeting he stated that, it was part of high-level engagement with China and the visit was aimed at further solidifying and expanding Pakistan-China cooperation, particularly in the fields of defense and security.

During the visit, General Wei called on the Prime Minister and the President and held meetings with the Chairman Joint Chiefs of Staff and the Chief of Army Staff and an An MoU for enhancement of defence cooperation between both the Armies, was also signed.

While sharing details he said that, Pakistan’s joining of the Digital Cooperation Organization (DCO) as a founding member and said DCO would offer a platform to promote the global digital agenda in the scientific, health, educational, commercial, social, agricultural, investment and security spheres.

The FO spokesperson also added that the unanimous adoption of Resolution on Jammu and Kashmir reaffirming by the 47th session of the Council of Foreign Ministers (CFM) of OIC.

He said it the OIC’s consistent and principled stance on the dispute.

It should be noted that this resolution had rejected the illegal and unilateral actions by India on August 5, 2019 and demanded that India must withdraw its illegal steps.

It also condemned the state-sponsored terrorism and crimes against humanity by Indian occupation forces against the people of IIOJK.

The spokesperson also commented on Niamey Declaration saying, adopted at the conclusion of the CFM, also clearly restated “the OIC’s principled position on the Jammu and Kashmir for a peaceful resolution of the dispute in accordance with the relevant UN Security Council Resolutions.”

The spokesperson said the Resolution expressed grave concern over the recent occurrence of violation of the Holy Quran and reprinting of sketches of the Holy Prophet (P.B.U.H.) which hurt sentiments of more than 1.8 billion Muslims around the world.

Hence decided to designate 15th March as the “International Day to Combat Islamophobia” each year.

India unnerved by its continuing international condemnation has barefacedly raised objection on the OIC Resolution on Jammu and Kashmir he commented.

Pakistan Foreign Office Spokesperson stated it was further proof that India cannot hide its gross and systemic violations of human rights of the Kashmiri people and it is also unable to escape international censure of its egregious behavior.

India would be well-advised to stop its state-terrorism in IIOJK and take concrete steps towards resolution of the Jammu & Kashmir dispute in accordance with the UN Security Council resolutions and the wishes of the Kashmiri people, Pakistan Foreign Office concluded.