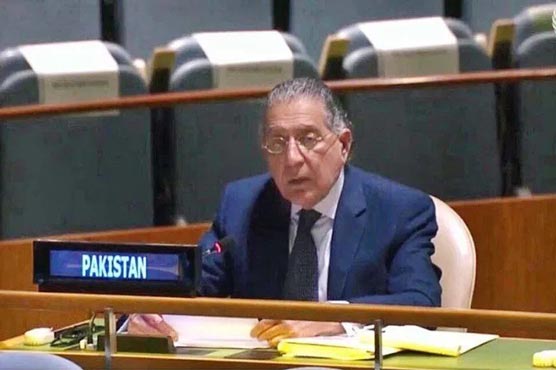 New York: At the United Nations, Pakistan has opposed the addition of new permanent members to the UN Security Council saying it will compound the Council’s inequality and dysfunctionality.

Addressing a meeting of Inter-Governmental Negotiations Framework, Pakistan s permanent Representative to the United Nations Ambassador Munir Akram reiterated Pakistan s principled stance on restructuring the Security Council by expansion in the non-permanent category so that the ideal of a comprehensive reform can be met.

Munir Akram said progress in reform process can be made only through consultations, mutual accommodation and innovative compromise not by bullying and coercion.

The Pakistani envoy warned against attempts by the aspirants of the Council’s permanent membership to try and railroad the process of reform, which, he said, must be agreed upon through negotiations.

Permanent membership contradicts the fundamental precepts of sovereign equality, democracy, representativeness and accountability, the Pakistani envoy said, adding, “It is only through an expansion in the non-permanent category that the ideal of a comprehensive reform can be met, he stressed. APP