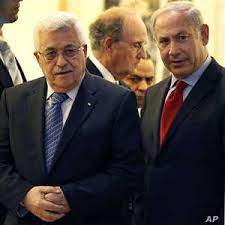 During a meeting of the Fatah Central Committee in the West Bank city of Ramallah, Abbas stressed the need for the Quartet “to translate this effort into exerting pressure on the Israeli government to stop its unilateral actions,” according to a report from the Palestinian news agency WAFA.

In the meeting, Abbas underscored the importance of “benefiting from the growing international momentum which upholds the idea of an international peace conference to resolve the Palestinian issue, based on the resolutions of international legitimacy and the Arab Peace Initiative,” the report said.

The Quartet held an online meeting to discuss the resumption of the peace negotiations between Israel and the Palestinians in a bid to reach a solution based on the principle of two-state solution.

Peace negotiations between Israel and the Palestinians remained stalled since it stopped in the spring of 2014 when the U.S. sponsored it for nine months and ended without any breakthrough. Enditem