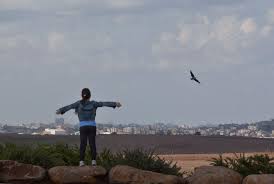 Peace negotiations between the Palestinians and the Israelis came to a complete standstill in April 2014. Six years later, the two sides have failed to agree on a negotiating framework that will enable them to bring peace to the Holy Land, thus fulfilling a promise made in 2003 in the roadmap to establish a Palestinian state that would live side by side with Israel.

The roadmap was elaborated by the Quartet that included the United States, Russia, the United Nations and the European Union. In its preamble, it states that the aforementioned members are presenting the roadmap to both the Israeli government and the Palestinian Authority (PA) in order to fulfill the vision of a two-state solution with Israel and Palestine “living side by side in peace and security.” They committed themselves to working with the two parties and other “key powers” in the region to implement the three-stage roadmap.

But during the last six years and from the date of the adoption of the roadmap in 2003 until today, that is 17 years in total, various Israeli governments headed by the present Israeli Prime Minister Benjamin Netanyahu have sabotaged international and Arab efforts to reach a peaceful settlement of the Palestinian-Israeli conflict in line with the roadmap.

From 2003 until today, the US has also seen three administrations, two Republican and one Democratic. Two out of the three, the Bush and Obama administrations, failed to push the Israelis to negotiate seriously to reach a settlement. The third, the administration of outgoing US president Donald Trump, put the Palestinians and the Arabs before a fait accompli by presenting a peace plan last January that precluded, its supporters would argue postponed, the territorial and nationalist settlement of the basic issues that should be negotiated between the Palestinians and the Israelis. These included the issues of the settlements, borders, refugees and the status of East Jerusalem.

According to the roadmap, the third stage was supposed to seal an agreement on final status and the end of the Palestinian-Israeli conflict in 2004-2005. In this one-year period, it said, the objectives would be laying the foundations of a viable Palestinian state and final negotiations to agree on the final resolution of the conflict between the Palestinians and the Israelis. The final settlement would be agreed upon in the context of an international conference, and the settlement would be based on UN Security Council Resolutions 242, 338 and 1397.

The hoped-for settlement would end the Israeli occupation of the Palestinian territories, reach a “realistic, just and fair” settlement of the refugee problem, a negotiated solution to the status of East Jerusalem and the fulfillment of the vision of the two-state solution. It would see an Israel and a Palestine that was “viable, democratic, independent and sovereign.” Once this promise was fulfilled, it said, the Arab countries would enter into “full and normal” relations with Israel, with security assured for all countries in the Middle East in the context of a “comprehensive Arab-Israeli peace.”

With the new American administration of President-elect Joe Biden soon to govern in Washington for the next four years, the question is how the Palestinians, the Arabs and other parties to the roadmap will work with the Biden administration to leapfrog the Trump peace plan that was rejected by the PA and push for a comprehensive resolution to the Palestinian-Israeli conflict.

Egypt has been in talks with the Jordanians and the Palestinians to coordinate future moves with the aim of reviving peace negotiations between the Palestinians and the Israelis. Egyptian President Abdel-Fattah Al-Sisi met with Chairman of the PA Mahmoud Abbas on 30 November to discuss how to move forward after encouraging signs had been received from sources inside Biden’s transition team that the new American administration would be open to reopening the bureau of the Palestinian Liberation Organisation (PLO) in Washington, to resuming payments to UNRWA, the United Nations Relief and Works Agency in Palestine, and to reopening an American diplomatic bureau in East Jerusalem, thus going back on decisions taken by the Trump administration to punish the Palestinians for rejecting its peace plan.

The foreign ministers of Egypt, Jordan and Palestine met in Cairo on 19 December for the same purpose. The Egyptian president received them on the same day and stressed the importance of working to resume peace negotiations between the Palestinians and Israel and in the meantime to push for a reconciliation between the PA, Hamas and Islamic Jihad. Egypt rightly believes that the Palestinians should speak with one voice.

It would be premature to predict how and when the Biden administration will begin working on the Palestinian question. So far, there are no indications that it will top the list of priorities in Washington once the president-elect is sworn in on 20 January. To blur the situation further, the Israelis are also expected to go to the polls soon for the fourth time in less than 48 months to elect a new government. The expectations are that this will be a far-right government, and the bets are that the incumbent Israeli prime minister will be chosen for the sixth time. Will the new US administration be in a fighting mood, with the Israeli far-right and the Iranian question topping the list of Middle Eastern priorities? It seems doubtful.

One option before the Biden administration would be to encourage the other members of the roadmap to work with the parties concerned in the Middle East to prepare the stage for a more forceful and determined American role in peace-making in the Middle East inspired by the most relevant parts of the roadmap. The Arab countries that have signed normalisation accords with Israel in the last three months – the United Arab Emirates, Bahrain, Sudan and Morocco – should also work with the Egyptians, the Jordanians, the Palestinians and the Saudis in order to encourage the next American administration to push for a negotiated solution to the Palestinian-Israeli conflict.

The Israeli linkage between the “Iranian threat” and the Palestinian question should be reversed. Its solution would make it easier to deal with Iranian destabilisation schemes in the region, and not the other way around, as the Israelis have kept hammering on about over the last decade and a half. This twisted linkage has done nothing but freeze the regional situation without dealing effectively and constructively with the serious questions weighing on peace and security in the Middle East. The Trump approach to peace has also proven to be futile.-un.org