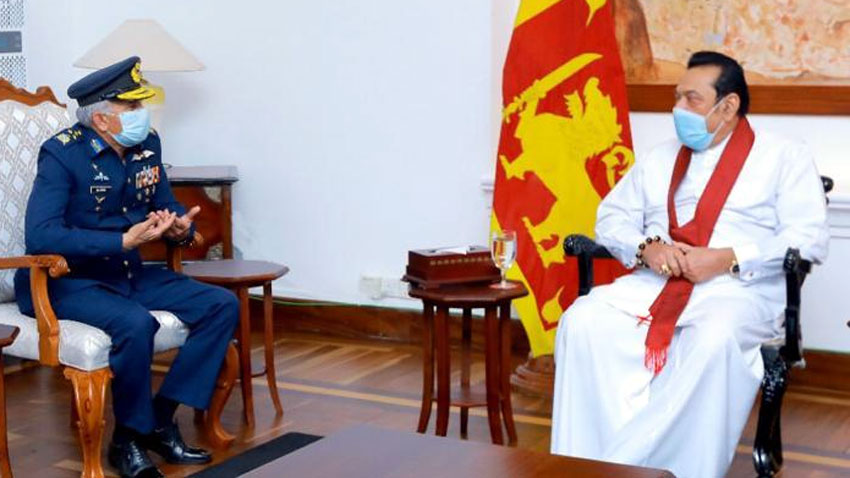 During the meeting the Sri Lankan Prime Minister acknowledged Pakistan’s unwavering support to Sri Lanka in any hour of need.

He also reiterated to further enhance the existing friendly relations between both the countries.

The Air Chief expressed his gratitude to the Sri Lankan Prime Minister for hospitality and warmth extended by people of Sri Lanka.

He added that the people of Pakistan and Sri Lanka have deep rooted historic and cultural linkages and both nations always stood together in the times of crises as well as national festivities. He also conveyed Pakistan’s desire and resolve to further enhance the existing civil and military cooperation between the two countries.

The Air Chief is on a four-day long official visit to attend 70th Anniversary of Sri Lankan Air Force as guest of honour. Radio Pakistan

Nepal rebel group agrees to abandon violence under deal with...

Indian violations of human rights in IIOJK being noticed globally:...