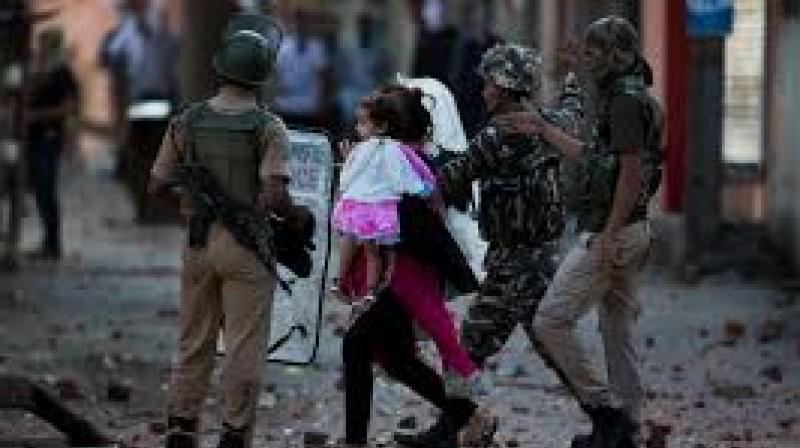 Beijing: Charhar Institute Senior Fellow Cheng Xizhong has said that the international community is now more aware of the fact that India has seriously violated human right in Indian illegally occupied Jammu and Kashmir (IIOJK) as result of diplomatic efforts of Pakistan and many other countries in the world.

Cheng said, nowadays, through the diplomatic efforts of Pakistan and many other countries in the world, including the United Kingdom, the international community is now more aware of the fact that India has seriously violated human rights in IIOJK that evoked international condemnation.

Cheng Xizhong, who is also visiting professor at Southwest University of Political Science and Law, said not only many Muslim countries in the Middle East, but also many human rights organizations in world powers, including the United States, have begun to voice their strong support for the Kashmiri people’s unremitting struggle for self-determination.

He said, there is an old Chinese saying that a just cause enjoys abundant support while an unjust cause finds little. I firmly believe that the Kashmiri people’s struggle for self-determination will surely win the final victory.

It is an indisputable fact that India has seriously violated human rights in IIOJK. India has literally turned the Kashmir valley into a jail. It has imposed a lockdown and communication blackout in a bid to cut the valley from rest of the world. The basic human rights of the Kashmiris have been suspended.

Due to lockdown, people have been stranded inside their houses. Freedom of expression and the right to free speech has been curbed. Kashmiris even cannot practice their religion as the places of worship have been forcibly closed down before covid-19 crisis.

Of course, India will not admit the fact that it has seriously violated human rights in IIOJK. Therefore, I suggest that the best way is for international human rights organizations to dispatch people to have a look on the ground.

However, In Indian occupied Kashmir, people are living in dire straits because of the Indian tyranny and atrocities. Here, I would like to ask: Does India dare to open IIOJK to the outside world and let international human rights organizations do some investigations?

Cheng Xizhong said, in Azad Kashmir under Pakistan’s administration, people enjoy a good and prosperous life. In recent years, many hydropower stations have been built under the framework of the China-Pakistan Economic Corridor (CPEC).APP

Indian journalist speaks out against death threats for reporting on...