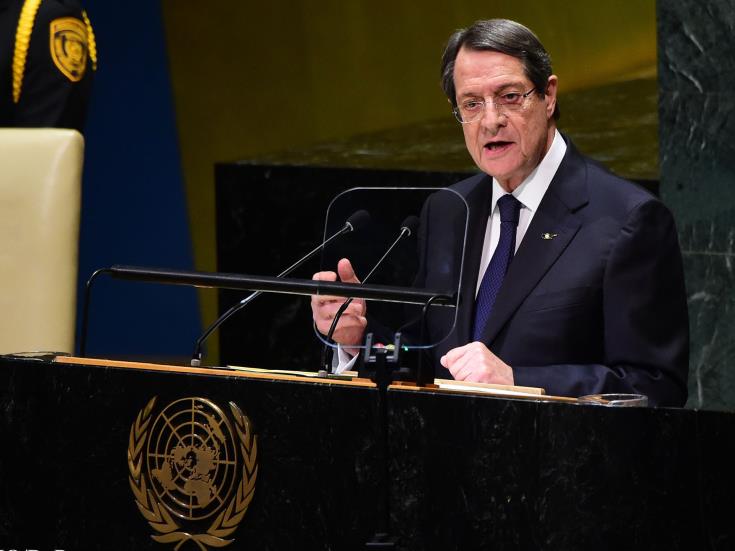 Nicosia: Cypriot President Nikos Anastasiades hailed the United Nations bid to resume peace talks over his divided island, saying he would attend the upcoming parleys, to be held April 27-29.

The United Nations-hosted meeting, to be held in April with the leader of the Turkish Cypriots of occupied northern Cyprus stated that he had the “full political will” to get the long-dormant peace talks going again.

UN Secretary-General Antonio Guterres will be the official host of the informal meeting held in the neutral country, which will also be attended by the foreign ministers of Cyprus’ guarantor nations – Greece, Turkey and Britain.

Anastasiades issued a statement expressing his “strong determination” to attempt to discover a common ground with Turkish Cypriot leader Ersin Tatar at their upcoming meeting in Geneva, Switzerland.

The political situation on the Mediterranean island has been a thorn in the side of the three countries since the invasion of Cyprus in the summer of 1974.

Alone among all the nations of the world, only Turkey officially recognizes the Turkish Cypriot declaration of sovereignty in the east Mediterranean island’s northern third.

This is the latest attempt to discover common ground since the last talks collapsed in the summer of 2017. Those last diplomatic parleys, which also took place in Switzerland, collapsed amid acrimony on both sides.

Recently, tensions have ramped up over Turkey’s repeated incursions onto Greek and Cypriot territorial waters and airspace, with Turkey just this past week sending the Cesme, which they call a hydrographic research vessel, into the waters of the Northern Aegean.

It appears to onlookers that Turkish sentiments are now calling for one unified country, not the two-state solution that it had previously held up as a model.

Previous talks had featured a federation consisting of Greek- and Turkish-speaking zones and an agreement between two equal and sovereign states.

However, earlier this month, Turkish President Recep Tayyip Erdogan ruled out a unified Cyprus and dismissed the creation of a federal system to reunify Cyprus, insisting that the two-state accord is the only solution.

The ruler of occupied northern Cyprus, Ersin Tatar, known to be a favorite of the Turkish president, echoed Erdogan.

On their part, Greek Cypriots have historically rejected any deal that would formalize a permanent decision solidifying the nation’s ethnic partition.

Cyprus President Anastasiades is proposing what he calls a “decentralized federation” under which the Greek- and Turkish-speaking zones would be granted increased authority to run their own affairs.

Back on February 12, Turkish President Recep Tayyip Erdogan launched a fierce attack against Greece and Prime Minister Kyriakos Mitsotakis, saying that he does not know his place and he is deserted by allies.

Speaking in Parliament, Erdogan told lawmakers from his AK Party he could not meet Mitsotakis despite a resumption of talks between the two NATO members over their maritime disputes. Greekreporter.com