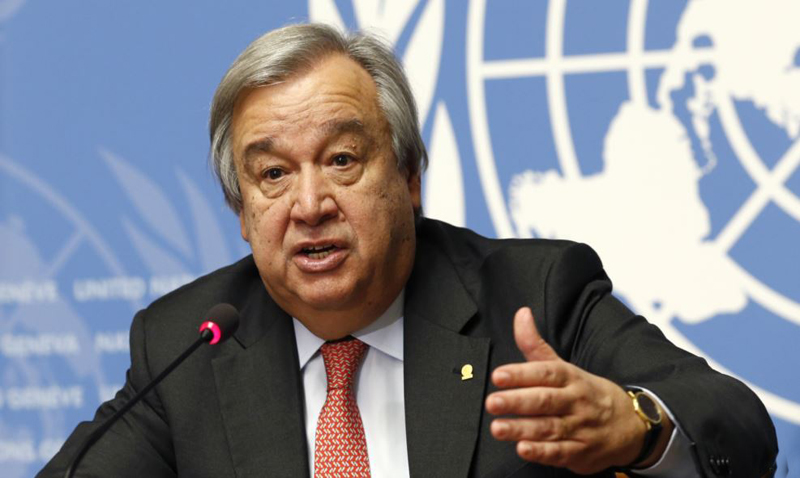 New York: United Nations has welcomed as positive step the agreement between the militaries of India and Pakistan to observe ceasefire at the Line of Control in the disputed Kashmir region, and hoped that it would pave the way for more talks between the two countries.

Briefing the newsmen at the UN Headquarters in New York, the Spokesman of the UN Secretary General Stephane Dujarric, said that the UN Secretary General Antonio Guterres is encouraged by the joint statement issued by the militaries of India and Pakistan on their agreement to observing the ceasefire at the Line of Control in Kashmir and engaging through established mechanisms.

The Spokesman said the UN Secretary General hopes that this positive step will provide an opportunity for further dialogue.

President of UN General Assembly, Volkan Bozkir, also welcomed the agreement, which, he said, has set an example for others and demonstrates the General Assembly’s value.

The United States has also welcomed the development saying that the move is a positive step for stability in South Asia.

White House Press Secretary, Jen Psaki, in a statement is Washington said the United States welcomes the joint statement between India and Pakistan that the two countries have agreed to maintain strict observance of a ceasefire along the Line of Control.

She said this is a positive step towards greater peace and stability in South Asia which is in our shared interest and we encourage both countries to keep building upon this progress. Radio Pakistan