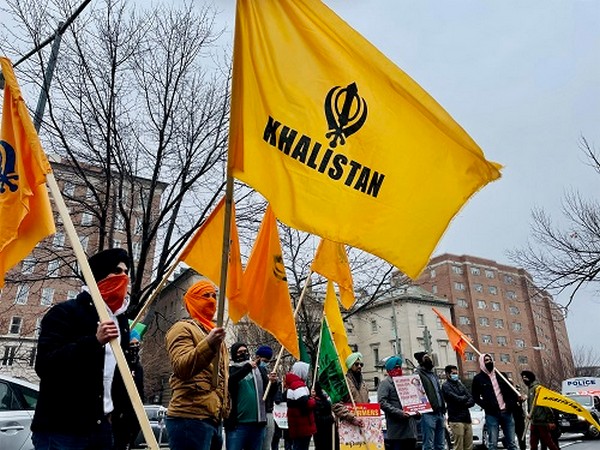 Washington DC: Calling it an opportunity to fight for Indian farmers, members of Khalistani separatist groups along with others were seen in support of farmers outside the Indian embassy in Washington DC on Tuesday.

A protest hosted by Sikh DMV Youth and Sangat saw people gathered in front of the Indian mission to criticise the new rules, which the Narendra Modi government passed in September as part of a broader effort to deregulate the nation’s massive agriculture sector.

Many in the crowd held saffron-coloured ‘Khalistan’ flags and chanted anti-India slogans. Narender Singh, one of the leading agitators from Washington, called the rules a “violation of human rights and democracy of India.”

“Every year we mark January 26 as Black Day, but this year we are standing in solidarity with the farmers in India, who are not just Sikhs but belong to all faiths from across the country,” Singh was quoted as saying by ANI.Zeenews