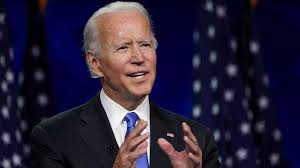 Washington: “I believe that the biggest contribution we make as international educators is to the US public policy efforts around the world”

Former vice president Joe Biden has been declared winner by the major media outlets, while battleground states are still counting final votes. President elect Biden has been accepting congratulations hailing from every corner of the world.

The months and weeks leading to the contentious election day of Tuesday, November 3 have been intense to say the least.

The aftermath of Election Day was even more intense as it felt like life stopped here in the District while people anxiously awaited the results. I noticed that even the daily walkers in my neighbourhood had disappeared until Saturday, when Americans finally exhaled.

“There are direct and significant implications of policy decisions”

Times like this are an example of why voting is so important. As with any election, we take the time to reevaluate our priorities while we also stay true to our core values. What stood out for me during this election was not only how I felt, but also how the community I serve may be impacted.

We directly contribute to world peace. People like me working in international offices at universities have a delicate balance to maintain between the accountability towards the government and the day-to-day responsibility towards our students.

There are direct and significant implications of policy decisions made by the secretaries of States, Education, and the Department of Homeland Security, in addition to the occasional executive orders of the president.

While we must implement these decisions to stay compliant, we also manage expectations on our campuses, in the student community, and with their loved ones around the world.

It is no secret that we educators get the biggest reward when we contribute to our students’ educational endeavours. How and when we do that is often impacted by government actions.

Therefore, I kept thinking in the months leading to the election and am still thinking: how would I respond if the new president wanted to know my wish list? Well, never say never. Here I go…

I would say, “Dear Mr. President, if you really want to make a difference in the world, education is the least costly and the most effective way.

Every international student in the US becomes a volunteer ambassador for our country when they go home.

Remember, they come to our country at will, learn our language, spend a small fortune here, try very hard to earn higher education degrees at our esteemed universities.

Then isn’t it true that they would be the most effective ambassadors in promoting America’s ideals in their communities? They will try tirelessly to break all preconceived notions in their country.

They will do this without any expectations of payment, reward or applaud. This is a fact well known both in education and diplomacy.  Then Mr. President, the question is, what can you do to promote international education?

First, we would want to see a high-level acknowledgement of the contributions international students make to America’s academics and sciences.

According to research conducted in 2018 by the National Foundation for American Policy, about 25% of the billion-dollar American startup companies had a founder who was a former international student in the US.

Second, we would want to see an increase in the Fulbright program’s scope and funding. As a former Fulbright recipient, I know first-hand the role of Fulbright grants in building bridges among nations.

Third, we would want to see meaningful immigration laws – laws that ensure national security rather than create burdens both for the respective government agencies and the institutions.

“The more restrictions we introduce, the further we stray from our National Security goal”

The more restrictions we introduce, the further we stray from our National Security goal, because unrealistic expectations create tremendous tensions for both students and administrators alike.

Finally, Mr. President, we want to see a commitment to higher education in general. The PIE news.

JKNF thanks OIC, Pakistan for their continued support to Kashmir...