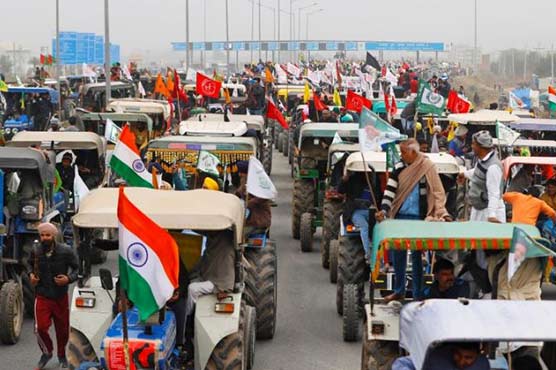 New Delhi: Bharatiya Kisan Union (BKU) leader, Rakesh Tikait has threatened to march to the Indian Parliament on four million tractors if the new agricultural laws are not repealed.

Speaking at the farmers’ rally, Tikait said, “Our next call will be for a march to Parliament. We will tell them before marching. This time it won’t be just four million tractors but 40 lakh tractors will go there if farm laws are not taken back.”

He also demanded that a new law should be enacted ensuring minimum support price for farmers.

Tens of thousands of farmers have been camping on the outskirts of Delhi since November, 2020, calling for a repeal of the reforms that free up farm produce markets.

The farmers say the changes mean the crucial agriculture industry will be taken over by major conglomerates. After the troubles in the capital on January 26, farmers unions had vowed that any new action would be peaceful.

“There is an adequate deployment of force at sensitive locations” around Delhi, Uttar Pradesh police spokesman Atul Srivastava told AFP. “We will ensure there is no law and order issue.” Dunya