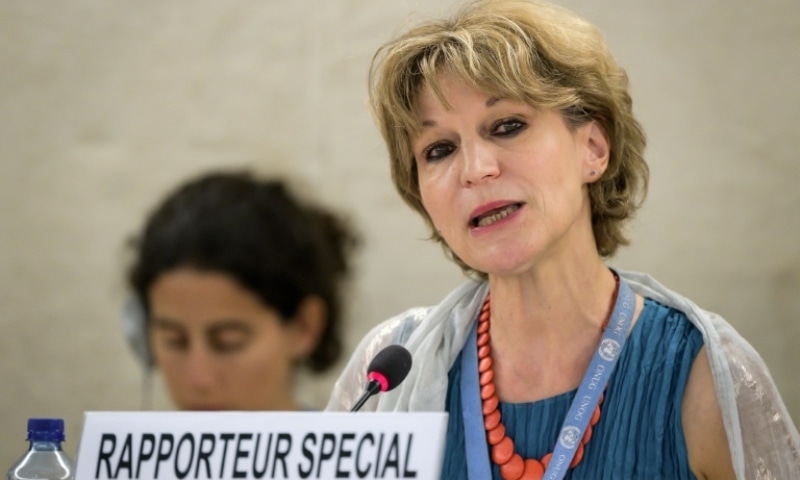 Riyadh: A senior Saudi official said on Thursday he rejected claims that he issued a death threat against UN investigator Agnes Callamard following her probe into journalist Jamal Khashoggi’s 2018 murder.

At a meeting with UN officials in Geneva in January 2020, a senior Saudi official had twice threatened to have Callamard “taken care of” if she was not restrained by the United Nations, the Guardian newspaper reported this week.

Without naming the Saudi official, Callamard — the UN’s special rapporteur on extrajudicial, summary and arbitrary executions — told the British newspaper that the comment was perceived by her Geneva-based colleagues as a “death threat”.

Awwad Alawwad, the head of Saudi Arabia’s Human Rights Commission, said on Thursday that Callamard and UN officials believed he had made the threat.

“I reject this suggestion in the strongest terms,” Alawwad, who is the kingdom’s former media minister, wrote on Twitter.

“While I cannot recall the exact conversations, I never would have desired or threatened any harm upon a UN-appointed individual, or anyone for that matter. “I am disheartened that anything I have said could be interpreted as a threat.” There was no immediate comment from Callamard or the UN.

Khashoggi, a Saudi insider-turned-critic who wrote for The Washington Post, was killed and dismembered inside the Saudi consulate in Istanbul.

The gruesome murder by Saudi agents tarnished the reputation of de facto ruler Crown Prince Mohammed bin Salman and plunged the kingdom into its biggest diplomatic crisis in years.

Callamard’s report, published in June 2019, concluded that there was “credible evidence” that top Saudi officials, including Prince Mohammed, were liable for the killing.

“It is extremely, in my view, problematic if not dangerous to acknowledge someone’s culpability and then to tell that someone that we won’t do anything,” Callamard said. AFP