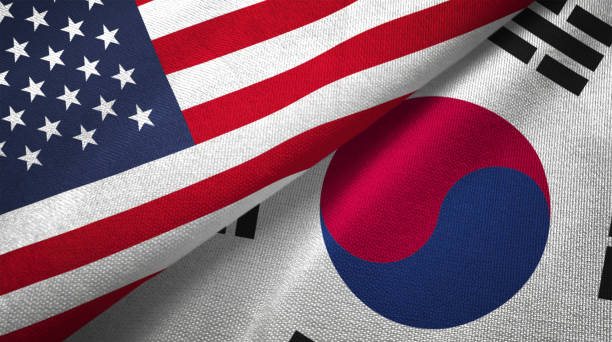 New York: The nation’s top diplomat held a phone meeting with his American Counterpart for the first time since taking office.

Discussions centered around bilateral alliance and global issues including the Korean Peace Process.

Two top diplomats of South Korea and the U.S. have reaffirmed the Seoul-Washington alliance, calling it the “linchpin” of peace, security, and prosperity for Northeast Asia, the Indo-Pacific region, and the world.

During their first phone call on Friday, since Seoul’s foreign minister Chung Eui-yong took office this week, Chung and his American counterpart Antony Blinken agreed to hold a high-level meeting as early as possible, to discuss pending issues.

Also discussed were the denuclearization of the Korean peninsula, trilateral cooperation between Seoul, Washington, and Tokyo, and the recent military coup in Myanmar.

With the new leadership in the U.S., CNN reported that Seoul and Washington are narrowing in on a cost-sharing agreement for American troops stationed in South Korea, saying they could be just weeks away from striking a deal.

Citing sources familiar with the negotiations, CNN said the deal is likely to be a multi-year agreement that increases Seoul’s contribution, at around the 13 percent hike as suggested by Seoul.

The Special Measures Agreement talks have been stalled since the former Trump administration demanded a sharp increase, and refused to take Seoul’s offer.

Biden has made it clear his administration wants to restore alliances, including striking a deal with Seoul as early as possible. Arirang News.