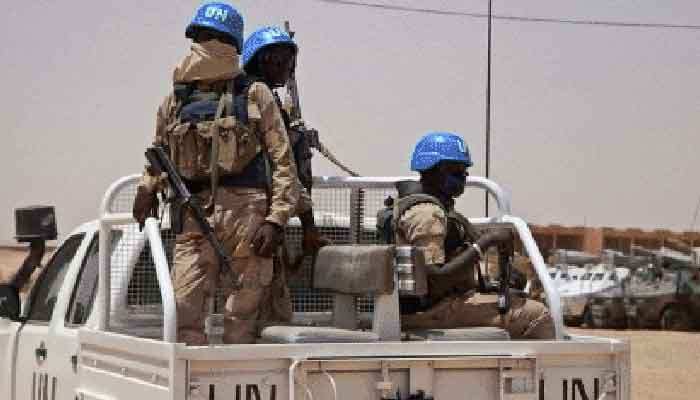 Bamako: A Togolese peacekeeper injured this week in an attack in central Mali alongside 27 other soldiers has died of his wounds, the United Nations said on Friday.

Unidentified militants attacked a temporary base of the UN’s MINISUMA peacekeeping mission on Wednesday morning in the centre of the war-torn Sahel state, wounding 28 troops.

An UN official said that the militants drove a vehicle laden with explosives into the base — which was manned by Togolese peacekeepers — before opening a volley of gunfire.

MINUSMA said on Twitter on Friday that one of the wounded peacekeepers had since died.

First established in 2013, the 13,000-strong MINUSMA has suffered one of the highest death tolls of any mission in UN peacekeeping history.

Over 230 of its personnel have died. The latest fatality brings the number of peacekeepers killed this year to six.

Mali has been struggling to contain a jihadist insurgency which first emerged in the north of the country in 2012, and has since spread to the centre of the country and to neighbouring Burkina Faso and Niger.

Thousands of soldiers and civilians have been killed and hundreds of thousands more have had to flee their homes. UP