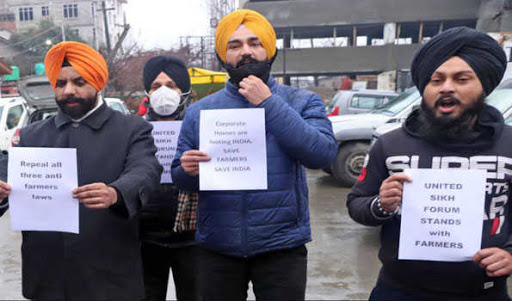 The demand was made in a meeting held in Jammu under chairmanship of Sudarshan Singh Wazir. Addressing the meeting, Wazir condemned the action of Delhi police who arrested two supporters of Kissan Movement from Jammu and many others from Indian states and put them in Tihar Jail, New Delhi.

He appealed to the Indian government for early release of the arrested persons.

He also urged the Indian government to roll back the three anti-farmers’ farm bills against which the farmers are on protest for more than 100 days. He added that the implementation of these bills would make farmers’ economic condition bad to worse.