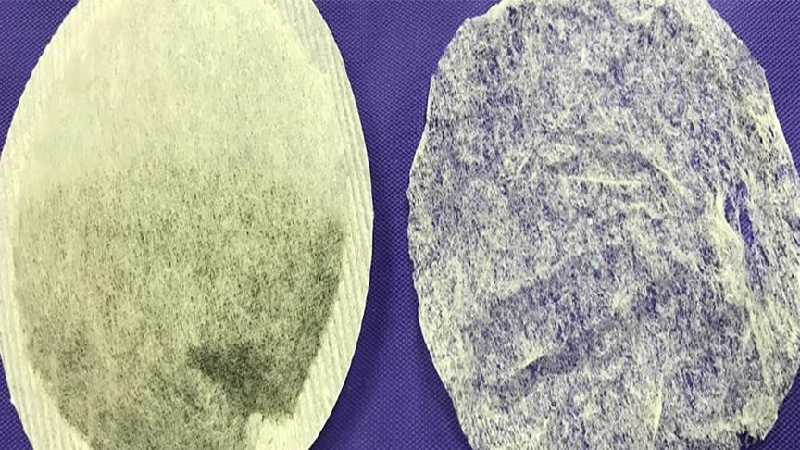 Istanbul: A researcher at northwestern Sakarya University found about 13,000 microplastic particles from a single teabag passing into the water.

In her research, Meral Yurtsever said microplastics were found in four of 11 cup bags and in all 11 teapot bags of different brands.

Plastics, which can take centuries to dissolve in nature, could turn into particles from one micrometer and five millimeters in size, thus becoming microplastics.

A previous study from the Netherlands shared its results in March 2022, as it indicated that microplastics were found in human blood for the first time. In the study, PET (polyethylene terephthalate) plastic widely used in beverage bottles, food packaging, and clothing production, polystyrene used in packaging food and household products, and polyethylene used in a plastic bag were detected in blood samples.

Within the scope of the Scientific and Technological Research Institution of Türkiye (TUBITAK) project, Yurtsever studied whether microplastics are transferred to the tea when brewing with tea bags.

Speaking to Anadolu Agency, Yurtsever said at least 13,000 microplastic particles pass into tea from the teabag.

“I found that all of the 11 teapot bags I examined were made of plastic and these plastics were polyester, polypropylene, and polyethylene,” she noted.

Emphasising that none of the properties of plastics changes even if they are divided into small pieces, Yurtsever stressed that swallowed or contacted microplastics cause toxic effects.

She further recommended using loose tea instead of teabags and added that “It would be better for the consumer to turn to products that do not actually contain much packaging. We can prefer bulk teas.”

“Practicality of the teabags cannot be denied, but they can really have effects and burdens not only on people but the environment as well,” she said. Anadolu Agency

‘Only God can help’: Hundreds die as Somalia faces famine