The Betrayal of Afghanistan 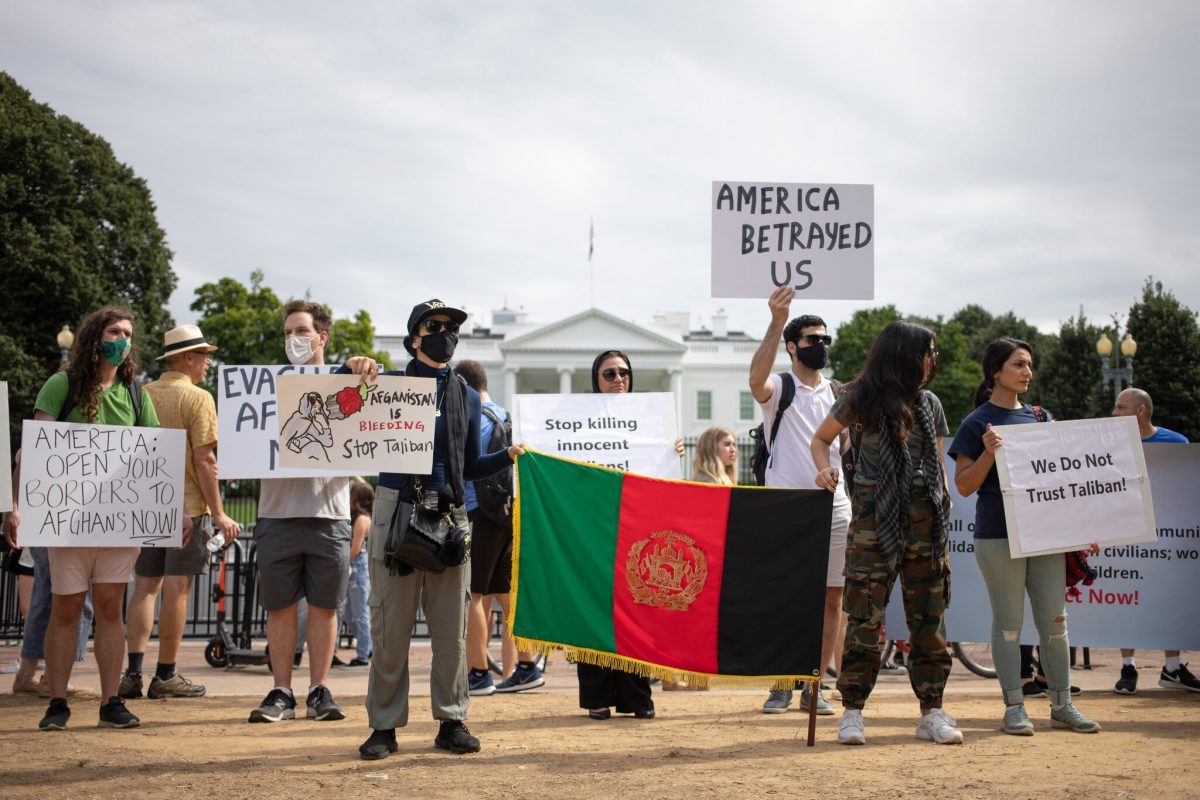 Afghanistan which was described as the ‘Heart of Asia’ by the renowned Pakistani poet Muhammad Iqbal, has been left devasted by the invasion of the US and its allies and their irresponsible withdrawal after twenty years of war without fully achieving a single goal that they outlined while invading Afghanistan. The sudden collapse of Afghanistan’s security forces debunked the US claim of building a strong army that could sustain the so-called hard-earned gains. The flawed withdrawal strategy by the US without ensuring the peaceful transition of power demonstrated the legacy of US abandonment.

The US termed it its primary objective to build a sustainable system of governance that can adequately ensure security for the Afghan people. In 2006 the US Combined Security Transition Command – Afghanistan was established with an aim to elevate the reach and effectiveness of the Afghan National Army and the Afghan National Police to ensure the development of a stable Afghanistan by strengthening the rule of law and deterring, defeating, and eventually eliminating terrorism within its borders. However, the collapse of Afghan security forces in August 2021 and the ensuing takeover of Kabul by the Taliban reflect that the US miserably failed in achieving this aim.

The recently released interim report of SIGAR outlining the factors behind the takeover of Kabul by the Taliban blamed the administrations of Donald Trump and Joe Biden as well as the Afghan government of Ashraf Ghani. The report found that the single most important factor in the ANDSF’s collapse in August 2021 was the US decision to withdraw military forces and contractors from Afghanistan by signing the US-Taliban agreement in February 2020 under the Trump administration, followed by President Biden’s withdrawal announcement in April 2021. The report noted that the withdrawal agreement the US signed with the Taliban in Doha, coupled with the growing success of the Taliban on the battlefield was interpreted by many Afghans as a clear sign that the tide had turned against them. “Due to the ANDSF’s dependency on US military forces, these events destroyed its morale. The ANDSF had long relied on the US military’s presence to protect against large-scale ANDSF losses, and Afghan troops saw the United States as a means of holding their government accountable for paying their salaries. The US-Taliban agreement made it clear that this was no longer the case, resulting in a sense of abandonment within the ANDSF and the Afghan population”.

The SIGAR report also pointed toward a lack of acumen by the then the Afghan president, Ashraf Ghani, who failed to devise a national security policy in the view of the US withdrawal, frequently changed ANDSF commanders during the Taliban offensive, appointing his loyalists, who lacked military experience and battlefield experience, and sidelining the well-trained ANDSF officers aligned with the US. It is noted that Ashraf Ghani feared that his own military would turn against him and also suspected that the US wanted to remove him from power. The rampant corruption by the Ashraf Ghani government was also outlined as a factor that augmented the Taliban’s gains on the ground as disappointed by the failure of Ghani’s government in ensuring security and economic stability, the local government and tribal elders in the majority of the provinces handed over power to the Taliban by making deals.

Looking back at the strategic failure of the US as described by General Mark Milley, it can be argued that instead of blindly sticking to a policy that centered on war-fighting, the US might have adopted a policy centered on diplomatic efforts to reach a political settlement among Afghans and bringing the Taliban into a share of power. Pakistan had been consistently trying to persuade the US that there is “no military solution” in Afghanistan and called for a negotiated political settlement between all Afghan stakeholders to ensure lasting peace and avert the consequences of a fragile and insecure Afghanistan. Despite the US intelligence assessment reports that the Afghan government could fall in as little as six months after the US withdrawal as reported by Reuters, no attention was paid by the US administration to avert any such outcome.

Moreover, the abrupt abandoning of Afghanistan by the US, without ensuring the peace and economic stability they promised has put the country on the brink of collapse because the Afghan economy heavily relied on international aid necessary for health, education, governance, security, and development whereas this aid dried up after the withdrawal under the pressure of the US. This led to the economic downfall of the country well before the Taliban’s takeover.

The rationale behind Pakistan’s insistence and continuous diplomatic efforts for achieving a peacefully negotiated settlement in Afghanistan, something that the west falsely considered as apparent support to the Taliban, was to avoid the consequences of the economic and humanitarian crises. Being a neighboring country and the biggest victim of the two-decade war in Afghanistan, Pakistan wanted stability and peace in Afghanistan to avoid serious challenges to security and economy. Therefore, it always sincerely worked with the international community for peace and stability in Afghanistan as it would ensure its own security. Instead of blaming Pakistan for the failures of the US, Ashraf Ghani’s government, and the international community, the need of the hour is to focus the attentonward addressing the ongoing economic and humanitarian crises so as to make sure that Afghanistan does not plunge again to instability. Durable peace and stability and the economic well-being of the Afghan people are indispensable for regional and international peace and stability and the international community needs to engage with the Taliban to ensure economic well-being and provision of basic rights to the Afghan people.

British woman tourist raped in front of her male partner...