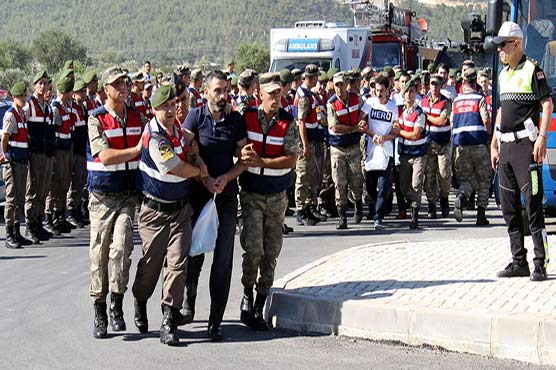 Ankara: A Turkish court on Wednesday sentenced 22 former soldiers to life in jail for their roles in a failed 2016 bid to oust President Recep Tayyip Erdogan, one of the president s lawyers told AFP.

The full verdict from the trial of 497 suspects in Ankara was obtained by AFP after the Anadolu state news agency had initially said only four former soldiers had been sentenced to life in jail. AFP

Pakistan has no hostile designs towards any country: COAS Gen...