Subscribe Us
HomeLatest NewsTwo killed in protests in Myanmar as U.S. and allies vow to restore
Latest News

Two killed in protests in Myanmar as U.S. and allies vow to restore 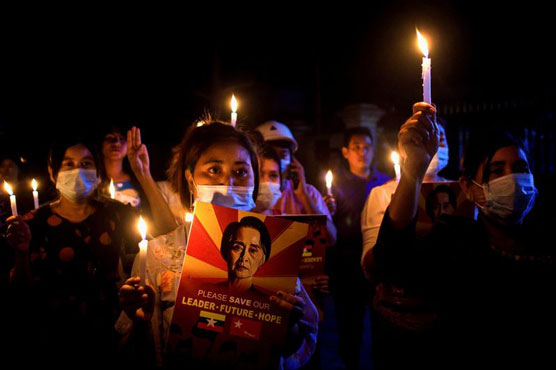 Myanmar: At least two people were killed in police firing in Myanmar overnight, domestic media reported, as activists called for more anti-coup protests on the death anniversary of a student whose killing in 1988 sparked an uprising against the government.

Saturday’s calls for protests came as the leaders of the United States, India, Australia and Japan vowed to work together to restore democracy in Myanmar where violence has escalated as authorities crack down on protests and civil disobedience.

Posters spread on social media calling on people to come out on the streets to protest against the junta and to mark the death anniversary of Phone Maw, who was shot and killed by security forces in 1988 inside what was then known as the Rangoon Institute of Technology campus.

His shooting and that of another student who died a few weeks later sparked widespread protests against the military government known as the 8-8-88 campaign, because they peaked in August that year. An estimated 3,000 people were killed when the army crushed the uprising.

Aung San Suu Kyi emerged as a democracy icon during the movement and was kept under house arrest for nearly two decades. She was released in 2008 as the military began democratic reforms and her National League for Democracy won elections in 2015 and again in November last year.

On Feb. 1 this year, the generals overthrew her government and detained Suu Kyi and many of her cabinet colleagues, claiming fraud in the November elections.

More than 70 people have been killed in the Southeast Asian nation in widespread protests since then, the Assistance Association for Political Prisoners (AAPP) advocacy group said.

The coup in Myanmar, where the military has close ties to China, is a major early test for new U.S. President Joe Biden.

His administration flagged a virtual meeting with the Indian, Japanese and Australian leaders on Friday, the first official summit of a group known as the Quad, as part of a push to demonstrate a renewed U.S. commitment to regional security.

“As long-standing supporters of Myanmar and its people, we emphasise the urgent need to restore democracy and the priority of strengthening democratic resilience,” the four leaders said in a statement released by the White House.

A spokesman for the junta did not answer phone calls from Reuters seeking comment.

US engaged in indirect diplomacy with Iran, says White House...