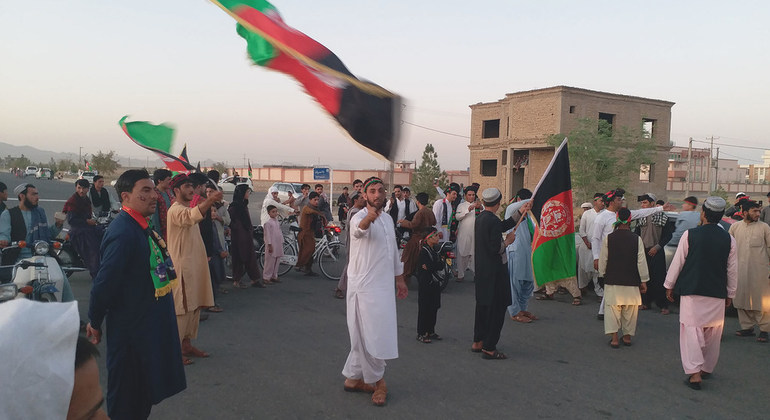 News of the proposal came as the U.S. special envoy to Afghanistan, Zalmay Khalilzad, wrapped up three days of talks in Kabul on March 3 aimed at reviving stalled Afghan peace talks and stemming surging violence in the country.

Khalilzad held talks with President Ashraf Ghani; Abdullah Abdullah, the chairman of the High Council for National Reconciliation; and other stakeholders over ways to accelerate talks with the Taliban.

President Joe Biden is reviewing a February 2020 U.S. deal with the Taliban that is expected to determine whether U.S. and foreign troops should withdraw from Afghanistan by May 1 in accordance with the agreement.

Talks begun in September in the Qatari capital, Doha, between the Afghan government and Taliban have led to mutual recriminations of violations of the deal.

The Taliban have complied with their commitment to halt attacks on U.S.-led NATO forces in Afghanistan, but the militants have ramped up attacks on Afghan government forces and refused calls for a cease-fire. There are also lingering questions over whether the militant group can or will cut ties with Al-Qaeda and other international terrorist networks.

The senior State Department official said during a virtual press briefing that the proposed UN conference would include regional countries, including neighboring Iran and Pakistan, both considered potential power brokers with ties to the Taliban.

The official, who called for a greater role for the UN in resolving the conflict, said regional and international cooperation was needed to accelerate the peace process.

He added that the proposed conference could discuss possible frameworks for a postwar Afghanistan.

“Whether there should be a transition period, what it should be like, how the power-sharing should be formed,” the official said.

Khalilzad is expected to present the proposal to the Taliban on March 4 in Qatar, where the militant group has a political office. AFP