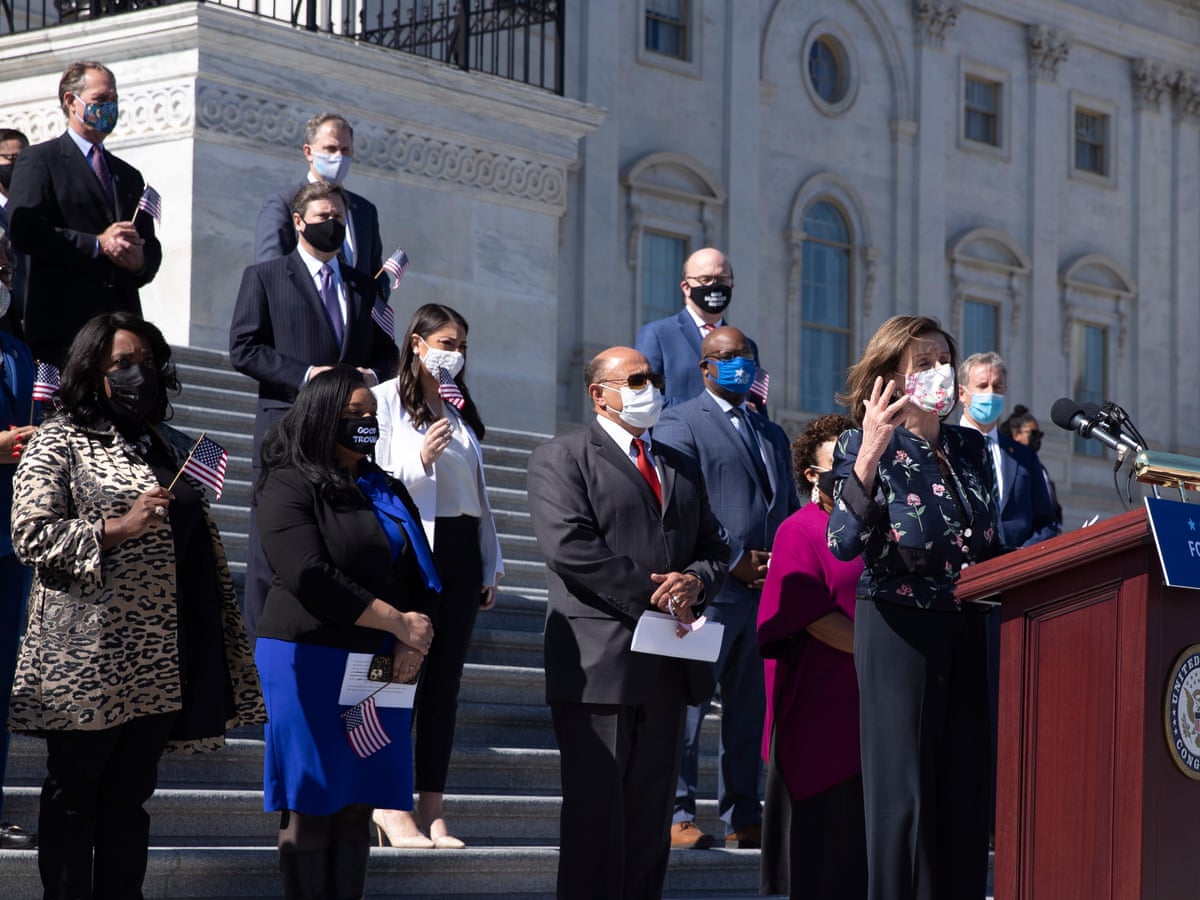 Washington: A sweeping police reform package that bans choke holds and combats racial profiling cleared the US House of Representatives Wednesday, five days before the trial of a white officer charged with murdering African-American George Floyd.

The bill is named after Floyd, who died last May 25 at age 46 when then-Minneapolis police officer Derek Chauvin pressed his knee on the victim’s neck for more than eight minutes.

The shocking killing was caught on video and sparked mass protests across the nation.

The George Floyd Justice in Policing Act cleared the House last year but was blocked in the Republican-led Senate.

With President Joe Biden in office since January, and the Senate narrowly controlled by Democrats, the bill was reintroduced last week and it passed Wednesday along party lines, 220 to 212.

Just one Republican supported the measure, while two Democrats opposed it.

“Nearly one year ago, George Floyd gasped his last words, ‘I can’t breathe,’ and ignited a nationwide reckoning on the racial injustice and police brutality in America,” House Speaker Nancy Pelosi said before the vote.

“This legislation will not erase centuries of systemic racism and excessive policing in America,” but it takes a “tremendous step” toward stopping the violence and improving relations between law enforcement and communities they serve, she added.

The measure largely mirrors a House bill passed two years ago. This one carries added significance amid efforts by several Republican-controlled state legislatures to curtail voting access in response to Donald Trump’s election loss and his repeated false claims of election fraud.

No Republicans voted for the bill, which House Minority Leader Kevin McCarthy branded an “unparalleled power grab” designed by Democrats to “turn a temporary majority into permanent control.”

The two bills now head to the Senate, with their fates uncertain in a chamber divided 50-50 between Democrats and Republicans.

The voting rights effort is almost certainly dead on arrival because there is little chance it could overcome blocking tactics that require 60 votes rather than a simple 51-vote majority. AFP