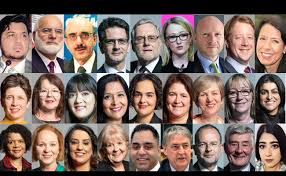 London: British Parliamentarians and other speaker at a Parliamentary Webinar hosted by the High Commission for Pakistan, London strongly condemned the gross human rights violations of the Kashmiri people being committed by Indian occupation forces.

The webinar held to mark Kashmir Solidarity Day was participated by a large number of cross-party British Members of Parliament (MPs) from both Houses of the Parliament, eminent scholars, academics, members of the civil society and British friends of Kashmir.

Speaking in the webinar conducted by High Commissioner Moazzam Ahmad Khan, the British Parliamentarians and others expressed complete solidarity with the Kashmiri people, a press release issued by Pakistan High Commission said.

They demanded that India should immediately repeal draconian laws, end the military siege, stop demographic changes in the occupied region, lift communication blockade and release all political prisoners in IIOJK.

They also said that it was about time that the international community called out the BJP government’s discriminatory laws against Muslims.

Terming it an international issue, the speakers unanimously refuted Indian narrative of Kashmir being an internal matter and pledged to continue to raise their voice for the basic human rights of the Kashmiris.

They also urged India to allow access to humanitarian organizations on its side of Jammu and Kashmir, as was done by Pakistan.

Rape and targeted molestation of women by occupation forces was being used as a tool to intimidate the population. The BJP government was bringing millions of Hindus to the occupied territory to change its demography in contravention of the international law and Geneva Convention.