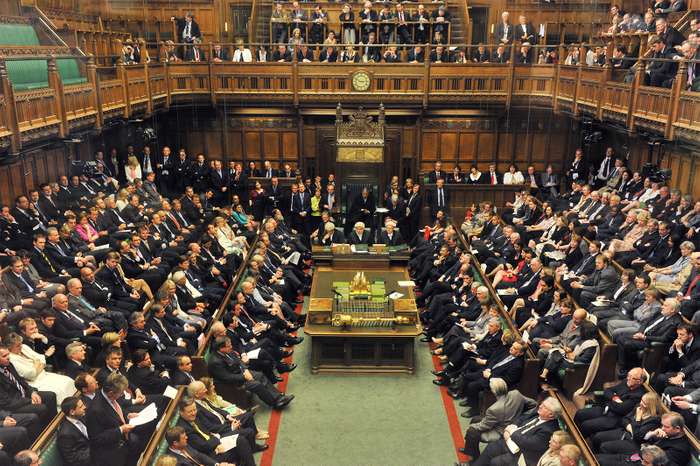 London: The suffering of the people of Occupied Kashmir has raised voices around the world, especially the British Parliament. On Thursday, in the House of Commons British MPs spoke out against the Indian atrocities and human rights abuses. The critical debate dismissed the argument that the Kashmir issue was New Delhi’s ‘internal matter’.

The issue, raised by the Labour MP Sara Owen, was endorsed by all the parliamentarians, and all agreed “to hold the Indian government accountable for its abusive behaviour, especially in the Kashmir Valley.” The MPs urged the UK government to take a clear stance on the issue.

Sara Owen took the floor to start this critical debate by highlighting that the lockdown throughout the world was for the people’s safety, but the lockdown in Kashmir is a whole other story of coercion. More than 500,000 Indian troops have been deployed in the region to keep the Kashmiri people captive.

“I am sure we have caught ourselves at some stage moaning about the lockdown, but for the people of IIOJK, it’s not something new,” MP Owen said.

She shed a spotlight on the inhumane behavior of Indian troops towards the people of Kashmir, most importantly the brutality of Kashmiri women. She said that the Indian soldiers were harassing, molesting, and raping women every chance they got.

Owen remarked “Senior officials in the Indian government have put on record their intentions to make Kashmiri women a part of this conflict. The Haryana chief minister said some people are now saying that as Kashmir opens, brides will be brought from there, but jokes apart, if the gender ratio is improved, there will be a right balance and society.”

MP Naz Shah, who herself is of Kashmiri origin, gave a striking speech at the House of Commons. She pointed out that the UN Charter was signed by 50 nations along with UKs PM Truman and quoted former prime minister who famously said that if we had this charter a few years ago and the will to use it, millions would be alive. She added to this by saying the Charter exists now, but the will to use it doesn’t, particularly in the case of the Kashmiri people. She questioned the current UK PM Boris Johnson saying he has canceled his tour to India for now, will he do the same for the shipment of arms to India as well?

Other MPs take the floor to support

To show support other MPs also spoke out against the barbarianism of the Indian government in Kashmir. MP James Daly, a lawyer said  “We have thousands of our fellow citizens who are from a Kashmiri background and have family members there, who are impacted and affected by their [Indian troops] acts on a daily basis.”

“I, as a lawyer, have got a long list of human rights abuses … things like detention without trial. There are people in IIOJK who have been waiting 15 years for a trial, 15 years! There is no word from the international community in this respect.”

Taking the floor MP John Spellar said, “India is a huge country with an incredible history and also limitless potential but that doesn’t mean we should not hold the Indian government to account for its abusive behaviour, especially in the Kashmir Valley.

“We also reject this argument that Kashmir is an internal matter of India.”

Spellar said, “India is trying to change the demography of Kashmir by amending the domicile law which is against the Fourth Geneva Convention.”

Furthermore, MP Sara Britcliffe, who had the opportunity of visiting the Line of Control (LoC) and was able to witness the human rights abuses shared her experience and said as “my constituents have been telling me for a long time of these, [which] are truly heartbreaking stories to hear.” She also added, “We are in the 21st Century and we need to be doing something about IIOJK, which is the most militarized zone in the world.”

Ahead of Boris Johnson’s visit to India, UK MPs are using the opportunity to raise their voices on the human rights issues within India pressurizing PM Johnson to discuss these with his counterpart, Narendra Modi. Last week, British MP Tanmanjeet Singh wrote a letter to PM Johnson, signed by over 100 MPs, asking him to discuss the Farmer’s protests going on in India with Modi during his visit.

The letter urges Boris Johnson to emphasize the need for a “speedy resolution of the current deadlock and the democratic human right of citizens to peacefully protest.” Constituents of these MPs mainly belong to the Indian diaspora, many coming from farming backgrounds. Dawn

India up for sale as Modi plans to distribute national...