Subscribe Us
HomeLatest NewsUnlikely US will be able to withdraw troops from Afghanistan by May 1: Biden
Latest News

Unlikely US will be able to withdraw troops from Afghanistan by May 1: Biden 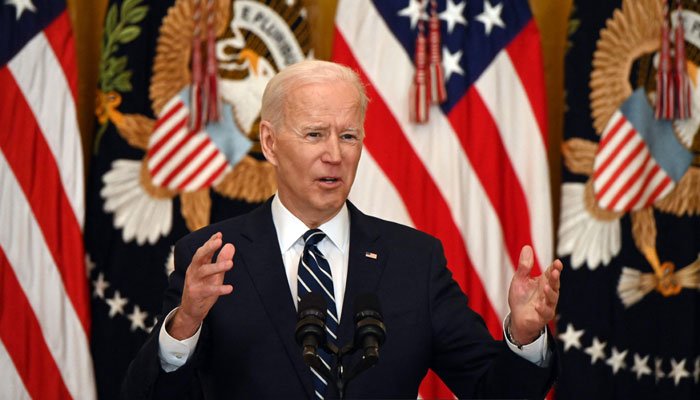 Washington: US President Joe Biden said that it was unlikely that Washington will be able meet the May 1 troop withdrawal deadline for Afghanistan, but vowed to end America’s longest war within the year.

“It is going to be hard to meet the May 1 deadline in terms of tactical reasons. It’s hard to get those troops out,” Biden said in his first press conference since taking office on January 20.

“We will leave; the question is when we leave,” he said. “But we’re not staying a long time.”

Asked whether he envisions US soldiers still in Afghanistan in 2022, the president said: “I can’t picture that being the case.”

Under an agreement negotiated by Donald Trump’s administration with the Taliban, the United States is supposed to pull out all its troops by May 1, nearly two decades after the invasion in the wake of the September 11 attacks.

The Taliban in turn promised to open peace talks with President Ashraf Ghani’s government, although there has been little sign of headway since the meetings began in September in Qatar.

The group also vowed not to allow Afghan territory to be used by “terrorists” — the original goal of the US invasion following the September 11, 2001 attacks.

Biden’s acknowledgement comes one week after he said he was in the process of making a decision over the troops, and that a withdrawal on time “could happen, but it is tough.” AFP.