Subscribe Us
HomeLatest NewsUS may not withdraw troops from Afghanistan by May 1: report
Latest News

US may not withdraw troops from Afghanistan by May 1: report 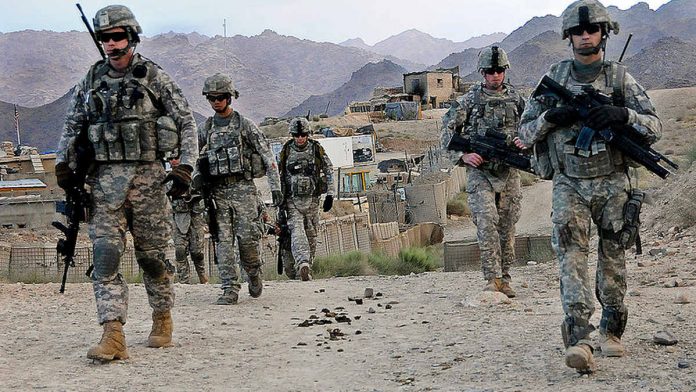 Washington: The United States may not complete the troop withdrawal in Afghanistan by May 1 as per the Doha agreement with the Afghan Taliban, reported American publication Washington Post.

The administration of former US president Donald Trump had agreed in Doha in February 2020 that the US troops will withdraw from the war-torn country by May 1.

Even though the Joe Biden administration is yet to decide on the troop withdrawal, sources within the US government and former officials believe that the deadline may be extended.

Laurel Miller, a former aide on Afghanistan in the Obama and Trump administrations, told the Post that it would be “unfathomable” for the US to pull out American forces in the next 60 days without jeopardising the Afghan peace process.

Miller believes that the US extension is likely and it is something that the Afghan Taliban are expecting.

The publication reported that the Biden administration believes that the Taliban have not complied with the Doha agreement as violence in Afghanistan continues.

“I think there is some work to do to get them [Afghan Taliban] to full compliance,” a senior administration official told the publication earlier this month.

The official noted that the Joe Biden administration believes the Afghan Taliban have not fully broken off with al-Qaeda.

Even though, the publication reported that the Afghan Taliban are expecting an extension in the deadline for troop withdrawal.

Afghan Taliban spokesman for their Doha office, Mohammad Naeem said that Washington has not officially communicated any change in the exit timeline.

“We have an agreement which is signed by the United States, a superpower and backed by the United Nations and the international community. They have to follow it,” said Naeem.

The Washington Post reported that military leaders have told the Biden administration that a premature departure from Afghanistan may lead to a civil war and increase the possibility of terrorist attacks targeting the US.

The publication reported that some military officials have even cautioned that there is now insufficient time to leave the country.

US engaged in indirect diplomacy with Iran, says White House...