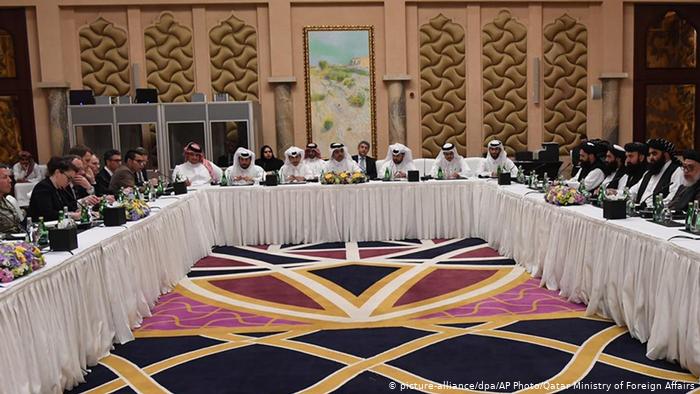 Islamabad: Delegations of both warring sides in Afghanistan has announced that they had agreed on a framework for their peace talks aimed at ending the country’s protracted conflict.

According to the details, the United States, which brokered the peace process, hailed the accord as a “major milestone” in the peace talks involving the Taliban insurgency and representatives of the Afghan government.

“The procedure, including its preamble of the negotiation, has been finalized, and from now on, the talks will begin on the agenda,” read a statement released by both sides.

The so-called intra-Afghan dialogue, which is being held in Doha, Qatar, started in September amid high hopes and fanfare. But disagreements over how to pursue the talks stalled them for the most part, with both sides blaming each other for the deadlock.

Taliban spokesman Naeem Wardak said the both negotiating teams also held a “plenary meeting” Wednesday where a “joint working committee” was tasked with preparing the agenda for the dialogue.

While welcoming the progress, U.S. Secretary of State Mike Pompeo explained in a statement that the agreement “codifies the rules and procedures” the two Afghan teams have been negotiating since the start of peace process.

The decisions outlined in the document will guide the intra-Afghan negotiations on a “political road map” and a “comprehensive cease-fire,” Pompeo said.

He congratulated Taliban and Afghan government negotiators on their “perseverance and willingness” to find common ground.

“What has been achieved provides hope they will succeed in reaching a political settlement to this more than 40-year-old conflict,” the chief U.S. diplomat stressed.

The intra-Afghan talks stem from the landmark agreement that Zalmay Khalilzad, U.S. peace envoy for Afghanistan, negotiated and signed with the Taliban in February.

The deal immediately initiated the withdrawal of U.S. troops from the South Asian nation to reach closer to an end to what has become the longest war in U.S. history. VoA