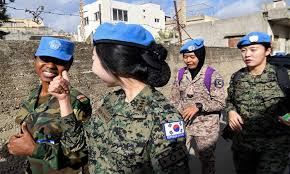 Geneva: Peacekeeping mission mandates now routinely include language on women, peace, and security (WPS). Most mandates include language on protection of women from physical violence and human rights abuses; preventing and responding to sexual and gender-based violence; participation of women in political processes and institutions; or gender as a crosscutting issue. Other language is directed at peacekeeping missions themselves, including provisions on increasing the participation of women in peacekeeping; providing resources to support women’s protection and the integration of gender considerations; and reporting on WPS.

If UN member states are to strengthen the language on WPS in peacekeeping mandates, it is essential to understand how this language gets to be included.

In terms of the process, proposing language early in the Security Council mandating process and facilitating engagement between country experts and WPS experts in member states’ permanent missions can increase the likelihood that WPS language is incorporated. The substance of the language also matters. Informal consultations to understand the needs of women affected by conflict can help ensure that mandates are more gender-responsive.

Beyond Security Council mandates, a range of other factors such as leadership and resources also drive the implementation of the WPS agenda in the field.

Nonetheless, strong WPS language in mission mandates is an essential starting point and can have a meaningful impact for uniformed women peacekeepers. For example, strong language on WPS in peacekeeping mandates can help confront stereotypes about the roles and responsibilities of women in peacekeeping missions. In the face of disunity in the Security Council about the scope and application of the WPS agenda, it will remain essential to demonstrate the ongoing value of this language. To this end, the Security Council and other member states should consider the following:

Facilitating engagement between country experts and WPS experts in member states’ permanent missions to the UN;

Using informal consultations to understand the needs of women affected by conflict;

Including language in mandates that reflects the contributions of both women and men to operational effectiveness; and 5. Ensuring that approaches to WPS in the Security Council consider the full spectrum of gender. Reliefweb